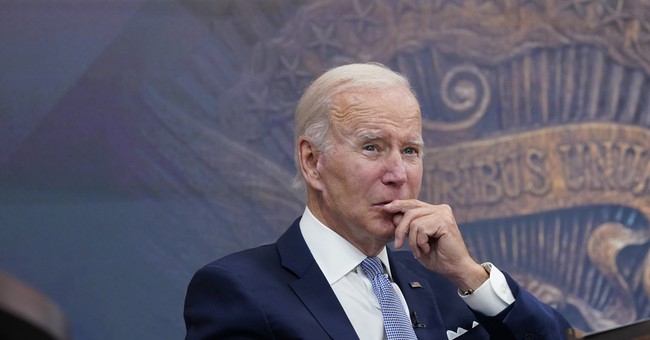 The United States Department of Labor reported on Friday that 528,000 jobs were added in July, reducing the unemployment rate to 3.5 percent, down 0.1 percent from June's read and a significant increase from the 372,000 jobs added in June.

Dow Jones economists estimated 258,000 new jobs would be reported for July, but White House Press Secretary Karine Jean-Pierre said in Thursday's briefing tried to manage expectations by saying that the Biden administration expected just 150,000 new jobs — begging the question of what data the White House was looking at that they got the July report wrong by almost 400,000 jobs.

"Instead of that record-high breaking job numbers...we're expecting to be closer to 150,000 jobs per month... We see that...as a healthy economy." pic.twitter.com/RcOlPuHNAG

July's report outlined better economic news with several metrics returning to their pre-pandemic levels, but still showed that there are 900,000 more Americans who are not in the labor force but want a job compared to February 2020. As the report explains, "private-sector employment is 629,000 higher than in February 2020, although several sectors have yet to recover." For example, leisure and hospitality is still down 1.2 million jobs from its pre-pandemic level.

In another concerning data point, the labor force participation rate ticked down in July to 62.1 percent to remain below its February 2020 level as the Biden administration still has not built the economy "back better."

There were 2.2 million Americans who were unable to work because their employer closed or lost business due to COVID-19 and 548,000 Americans were prevented from looking for work due to the pandemic in July — 18 months into the Biden presidency that promised to "shut down the virus" and not the economy.

And while the Biden administration has been obsessed with diversity, equity, and inclusion, the Biden economy saw black unemployment tick up in July, from 5.8 percent to 6.0 percent — even while unemployment rates for other demographics decreased.

When comparing July's wage growth to the most recent Consumer Price Index report for June (the report for July is due out next week) that showed annual inflation at 9.1 percent, Americans are trying to make ends meet while their real wages are down 3.9 percent in the last year.

In July, the Bureau of Economic Analysis reported the second consecutive quarter of negative GDP growth, meeting the definition of a recession — though the White House has contended that the typical definition of recession no longer applies. The strong-looking jobs report suggests that the Federal Reserve will keep its collective foot on the interest rate hike gas pedal, a move which would likely plunge the economy deeper into a recession as a "soft landing" for the Biden economy looks nearly impossible.

Regardless, Democrats and mainstream outlets heralded Friday's jobs report by cherrypicking data that ignores the increased unemployment rate for black Americans and the number of employment sectors that remain below their pre-pandemic levels to claim all jobs lost to COVID had been recovered.