Sinema and Schumer Make a Deal on 'Inflation Reduction Act' 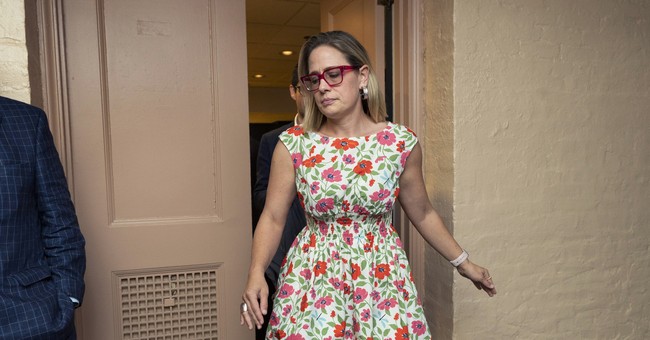 After days of "angst and fear" for Democrats as they waited to find out the fate of their latest attempt to pass a significant chunk of President Joe Biden's "Build Back Better" social spending plan, Senator Kyrsten Sinema (D-AZ) announced Thursday night that she was on-board with the tax increases and increased spending contained in the falsely named "Inflation Reduction Act" — with some minor edits.

Astonishing: @SenatorSinema could have demanded anything she wanted —anything that spent money or changed taxes— and with that leverage for Arizona she choose…to protect the carry interest exemption for investors. Not the A-10s. Not the border. Not the country. A tax break. Wow.

"Following this effort, I look forward to working with Senator Warner to enact carried interest tax reforms, protecting investments in America's economy and encouraging continued growth while closing the most egregious loopholes that some abuse to avoid paying taxes," Sinema added.

Senate Majority Leader Chuck Schumer (D-NY) — who negotiated the deal with Senator Joe Manchin (D-WV) while excluding Sinema — celebrated the deal that has been analyzed to not only do absolutely nothing to reduce inflation but break a key Biden promise by burdening Americans making less than $400,000 with new taxes.

Schumer announced earlier on Thursday that the legislation is scheduled to be introduced on Saturday, after which debate will ensue along with the vote-a-rama on Sunday before a vote on final passage.

Welp, there it is. Schumer says the Senate won't be back until Saturday at noon. The vote on the motion to proceed to the reconciliation legislation is likely Saturday afternoon.

With 20 hours of debate to follow, that means... Sunday vote-a-rama!