These Are the Primary and Runoff Races to Watch Tuesday Night 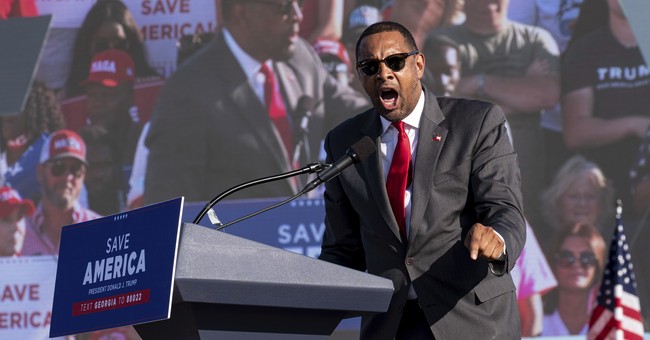 This Tuesday marks another primary night for voters in the Commonwealth of Virginia and the District of Columbia, but it also brings the runoff elections to decide final nominees in Alabama and Georgia after first-round primaries for some races didn't end with a candidate winning a majority of the votes cast — and those races are where attention is largely focused this week.

As always, live results for all the races will be posted to Townhall throughout the evening, but here's what we're watching as polls close and ballots are counted.

In Alabama, polls close at 7:00 p.m. ET and the GOP runoff for U.S. Senate has a lot going on. Rep. Mo Brooks — who was endorsed by Trump before the former president withdrew his endorsement — is up against now-Trump-endorsed Katie Britt — the former chief of staff for retiring Senator Richard Shelby. Brooks has been endorsed by Senator Rand Paul (R-KY) and Ann Coulter.

Britt finished the first round with 45 percent of the votes cast while Brooks finished in second place with 29 percent. The question now is whether Trump's switched-up endorsement after the first round will keep Britt in the lead on Tuesday night or whether a cleared field will mean Brooks pulls in more support to prevail. The third place finisher in the first round received 23 percent, which would be enough — if added to Brooks first-round total — to beat the votes that Britt received.

The state's 5th Congressional District primary — for Brooks' current seat — will also be decided by Tuesday's runoffs between Dale Strong — who finished the first round with nearly 45 percent of the vote — and Casey Wardynski — who received 23 percent.

In The Peach State, polls close at 7:00 p.m. ET and eyes are on the 10th Congressional District where Trump-endorsed Vernon Jones goes up against Mike Collins, who was endorsed by Georgia Governor Brian Kemp — who himself defeated a Trump-endorsed challenger in this cycle's primary. Jones finished the first round with 27 percent of the vote, while Collins finished with 17 percent.

Over in Georgia's 6th Congressional District, Jake Evans is Trump's pick against Rich McCormick, but the first round saw the Trump-endorsed candidate come in second with 23 percent of the vote to McCormick's 43 percent. The candidates that didn't advance beyond the first round won a combined 24 percent of the vote, so their support could prove definitive if they jump to Evans in the runoff.

Polls in the Commonwealth of Virginia close at 7:00 p.m. ET on primary day, though few races are notable and most are about settling the decks ahead of November's general election now less than five months away. Two districts, notably, are in the Democrats' at-risk column in what's expected to be a shellacking for President Biden's party.

In the nation's capital, things look bleak as ever for conservatives. Several Democrats are challenging incumbent D.C. Mayor Muriel Bowser in Tuesday's primary while only one Republican — Stacia R. Hall — is running. There is no GOP candidate for D.C. Attorney General, and only one Republican — Nelson Rimensnyder — looking to challenge Democrat Eleanor Holmes Norton to be D.C.'s delegate to the House of Representatives.