Planned Parenthood to Halt Abortions in Wisconsin This Week 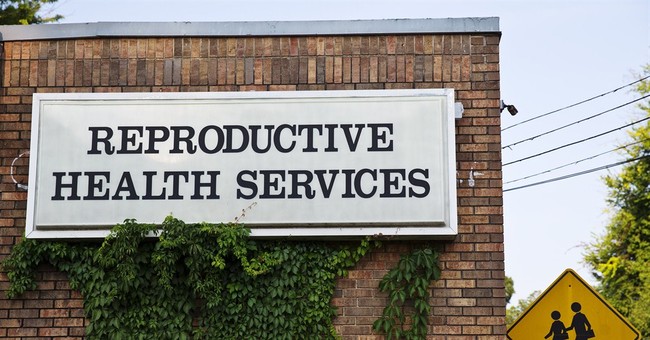 As Americans await a Supreme Court decision in an abortion case that — according to a leaked draft — is expected to overturn Roe v. Wade, Planned Parenthood will stop conducting abortions in Wisconsin this week.

Wisconsin is one of a handful of states that have statutes protecting unborn life that predate the Supreme Court's Roe decision that manufactured a constitutional right to abortion out of thin air. That means Roe being overturned would immediately bring Wisconsin's pro-life protections back into effect.

According to ABC affiliate WISN, Planned Parenthood of Wisconsin is "suspending appointments" after June 25 and the organization — which traces its roots to noted eugenicist Margaret Sanger — says it will continue to send women out of state to jurisdictions where abortion may still be legal in a post-Roe America. Trafficking patients across state lines, Planned Parenthood insists, "is to not disrupt care for those seeking an abortion as the country waits for a decision from the Supreme Court."

"We're looking at all our legal options that are available," the Wisconsin arm of Planned Parenthood Tanya Atkinson told WISN. "We also have to look at the landscape of who is making decisions in Wisconsin, and what we want is to ensure abortion access in Wisconsin forever," she added.

Appleton, Wisconsin's Post-Crescent explains more on Planned Parenthood of Wisconsin's decision, include the twisted hope to "open up schedules galore" to continue aborting the next generation of Wisconsinites if the Supreme Court doesn't overturn Roe:

Patients who seek abortions in Wisconsin need two appointments because of a law that requires a 24-hour waiting period before the procedure. The first appointment includes an ultrasound and other preparation for the procedure and the second is the abortion itself.

After the 25th, the clinics will still continue to schedule those day one preparatory procedures, Linton said, with the goal of helping navigate and support patients in any efforts to get an abortion outside of Wisconsin in the event that Roe is overturned.

That's because without Roe in effect, Wisconsin will revert to an 1849 law that prohibits doctors from performing abortions except in cases where the procedure is necessary to save the mother's life.

As Madeline reported earlier this month, Planned Parenthood of South Dakota has already stopped abortions at its one location in the state. South Dakota Republican Governor Kristi Noem celebrated the end of abortion in her state saying "Abortions have stopped in South Dakota. We have prayed for this day, and now it is here."

But in Wisconsin, where Democrat Governor Tony Evers faces reelection in November, his embattled administration is fighting to be able to continue abortions even if Roe is indeed overturned in the current Supreme Court term. As Townhall has previously reported, Gov. Evers has asked Democrats in the state legislature to repeal the pre-Roe restriction on abortion. What's more, Wisconsin's Democrat Attorney General has also made clear he would not enforce the pro-life law on Wisconsin's books in the event Roe gets overturned.

And while Democrats will seek to make Planned Parenthood — a major donor to Dem campaigns — out to be the victims in the conversation about abortion, Wisconsin is one of a handful of Democrat-led states where pro-life organizations have been targeted by radical pro-abortion violence — including one such pro-life organization in Madison that was vandalized and firebombed by leftists.

Supreme Court Decision May Force Young Women to Confront Sexual Reality
Townhall
Paul Krugman's 2020 hot take on what the Biden economy would bring is coming back to burn him
Twitchy
US Army Jettisons GED Requirement Amid an Ever-Woker Defense Department's Desperation
Redstate
'Top Gun' Hits Over $1 Billion and the Left Is Going Crazy: Here’s Why
PJ Media