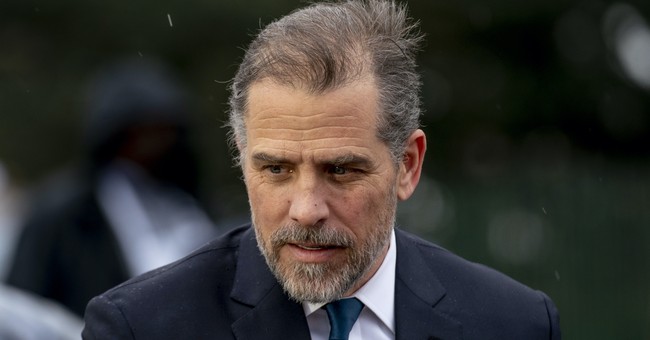 NBC News stumbled into some truth this week with a story published Thursday morning detailing a closer look at Hunter Biden's foreign business dealings, and it's more bad news for Joe Biden as the president's past claims about his son's income sources get debunked.

According to NBC News, which didn't hold back in its description of Hunter's business partners, "From 2013 through 2018 Hunter Biden and his company brought in about $11 million via his roles as an attorney and a board member with a Ukrainian firm accused of bribery and his work with a Chinese businessman now accused of fraud." That timeframe, notably, includes years in which Joe Biden was vice president.

NBC News: Analysis of Hunter Biden's hard drive shows he, his firm took in about $11 million from 2013 to 2018 -- including from foreign backed sources -- and he spent it fast.

Specifically, as NBC News' review confirmed, "Biden made $5.8 million, more than half his total earnings from 2013 to 2018, from two deals with Chinese business interests."

More than $5 million, for the record, is a far cry from President Biden's 2020 debate claim that Hunter "has not made money" from China. That kind of blanket denial rarely ends well, especially when the person issuing it is Joe Biden — a man who has tried to shake hands with thin air.

Joe Biden in 2020 insisted Hunter “has not made money” from China.

As NBC News' report points out in stating the obvious, the documents "which don’t show what he did to earn millions from his Chinese partners, raise questions about national security, business ethics and potential legal exposure." In addition, the documents raise questions about Hunter Biden's own spending habits and the speed with which he spent his dubiously earned income.

The report also quotes former FBI Assistant Director for Counterintelligence Frank Figliuzzi, who "said there is a national security risk when foreign powers like China see an opportunity to get close to someone like Biden. 'It’s all about access and influence, and if you can compromise someone with both access and influence, that’s even better,' said Figliuzzi, now an NBC News contributor. 'Better still if that target has already compromised himself.'"