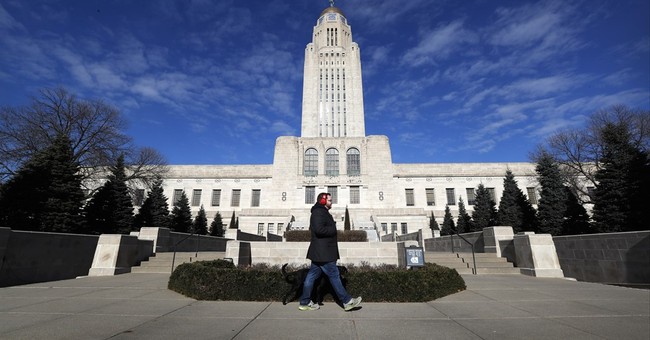 A messy, nine-way GOP primary in Nebraska's gubernatorial contest to replace termed-out incumbent Governor Pete Ricketts (R) ended Tuesday evening with Jim Pillen projected to prevail over his fellow Republicans with more than 32 percent of the vote when the race was called by DecisionDeskHQ just after 11:00 pm ET.

Pillen, a pig farmer who has been a lifelong Nebraska agriculture producer, was endorsed by outgoing Gov. Ricketts and Larry the Cable Guy.

Decision Desk HQ projects Jim Pillen (@jim_pillen) is the winner of the Republican nomination for Governor in Nebraska.

President Trump also threw his influence into the race by endorsing Charles Herbster, a cattle breeder who — in the final stretch of the primary race — faced accusations of groping eight women over several years. Those accusations, however, didn't keep the 45th president from holding a rally with Herbster in the closing days of the campaign. Herbster's loss in the crowded Republican field would mark the first loss for a Trump-endorsed candidate in the midterm cycle.

Pillen's projected victory in the GOP primary came after early results showed a significant lead for Brett Lindstrom — a financial advisor and member of Nebraska's state legislature — a lead that evaporated as results from outside of Omaha — the mayor of which had endorsed Lindstrom — came in.

As the GOP's candidate, Pillen will face Democrat Primary winner Carol Blood in November when the deep-red Cornhusker State — where Republicans have controlled power since 1999 — will choose its next governor.

Full results are available below: