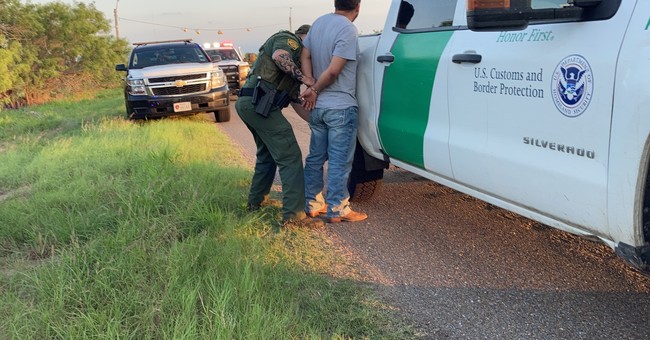 With barely more than one month remaining before the Biden administration plans to lift Title 42, a bipartisan group from the House and Senate endorsed legislation to keep Title 42 in place until the Biden administration ends its COVID-19 public health emergency declarations and puts together a plan to handle the massive influx of illegal immigrants terminating Title 42 would create.

The legislation endorsed by the Problem Solvers Caucus — a group of 58 Republican and Democrat lawmakers —that has a companion bill with bipartisan support in the Senate, is aimed at enacting congressional oversight for "terminating the suspension of entries and imports from designated places related to the COVID-19 pandemic." Specifically, ending Title 42 and its authority to turn some illegal immigrants back across the U.S.-Mexico border rather than taking them into U.S. immigration facilities.

The bill establishes Congressional oversight, prohibiting the administration from lifting Title 42 until 60 days after it has formally ended the COVID-19 public health emergency declaration.

The bill would prohibit the termination of Title 42 until 60 days after the Secretary of Health and Human Services (HHS) provides written notice to Congress that the public health emergency declaration for COVID-19 has been terminated.

Within 30 days of that notice, plans to handle the consequences of the end of Title 42 would also be required from the HHS secretary, the Department of Homeland Security (DHS) secretary, and the heads of "any Federal agency, State, local, or Tribal government, and nongovernmental organization that has a role in managing outcomes associated with the suspension."

The bill of the text explains that the other groups involved in managing the outcomes of an end of Title 42 "as determined by the Secretary of Health and Human Services, shall develop and submit to the appropriate authorizing and appropriating committees of Congress a plan to address any possible influx of entries or imports related to the termination of such order."

Republican Senator Rob Portman of Ohio is among those leading the charge to pass the measure through the Senate — including Texas Senator John Cornyn and West Virginia Senators Shelley Moore Capito (R) and Joe Manchin (D) — in the attempt to force the Biden administration to end other COVID emergency declarations before ending Title 42.

This week I joined my colleagues in introducing the Public Health and Border Security Act, requiring all COVID-19-related national states of emergency to be lifted before Title 42 is officially terminated.

As Julio reported earlier on Friday, even Biden's DHS Secretary Alejandro Mayorkas has been privately sharing his concern with the added influx of immigrants that will follow a termination of Title 42 — similar to his only-in-private admission that the U.S.-Mexico border is in crisis.