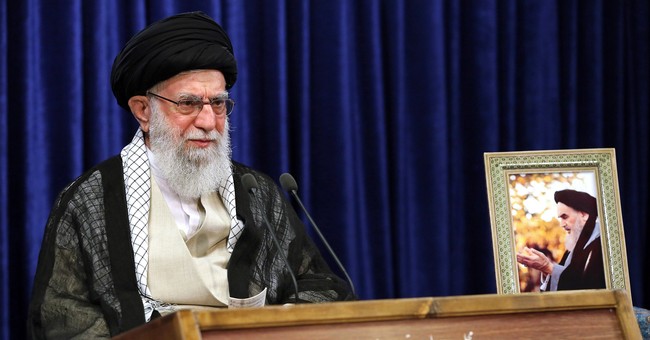 This week, more than one dozen Democrat members of Congress sounded the alarm on the Biden administration's attempts to return the United States to a revived version of the Obama-era Joint Comprehensive Plan of Action that allowed the Iranian regime to enrich itself while continuing its role as the world's leading state sponsor of terrorism.

The Democrats breaking rank with President Biden are led by Rep. Josh Gottheimer of New Jersey, who noted in a Wednesday press conference that "If Iran has proven anything, it is that they can’t be trusted...they have failed on their commitments every step of the way."

Today, I joined a strong group of Democratic Members of Congress to raise concerns about the looming Iran deal.

We must not lift the FTO designation off the IRGC, remove sanctions on Iran, or let Russia hijack the negotiations. pic.twitter.com/xz3i3sIpJz

Gottheimer further highlighted the foolhardy decision by the Biden administration to have the Russian government — the same one Biden has stated is committing war crimes in Ukraine — act as a negotiator and apparent enforcer on the new Iran deal.

"It has been reported under this proposed deal that Russia will be the de facto judge of compliance," Gottheimer noted. "This will occur without any oversight mechanisms. Are we seriously going to let a war criminal, Vladimir Putin, be the guarantor of this deal?" he asked of the Biden administration's contradictory positions toward Russia.

At the same press conference, Rep. Elaine Luria (D-VA) added “The old JCPOA did not work and any new deal that does not wholly prevent Iran from acquiring nuclear weapons is unacceptable."

“To separate the idea of nuclear weapons from all the terrorist activities that are going on is the definition of insanity," added Rep. Donald Norcross (D-NJ). “When [Iran’s] lips are moving, they are lying. They have given us nothing to indicate that has changed," he said.

Rep. Juan Vargas (D-CA) pointed out that the first nuclear deal negotiated by the Obama administration in which Biden was vice president had "an absolutely fatal flaw" in that it allowed Iran to maintain its equipment that is necessary to build a nuclear weapon and was only prohibited from using centrifuges to enrich uranium for 15 years.

Along with these members of Biden's own party, 49 Republicans in the Senate previously warned Biden that any nuclear deal with Iran must be approved by Congress.