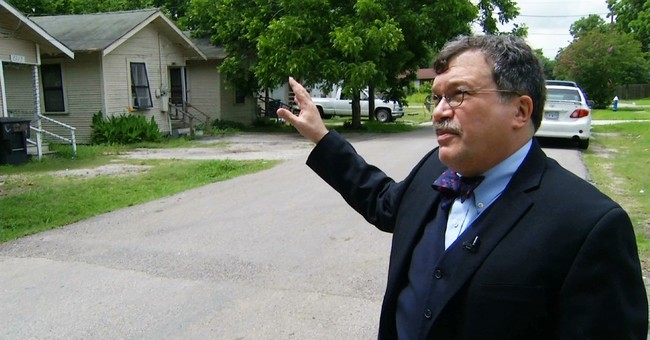 Dr. Peter Hotez, a professor and dean of tropical medicine at Baylor College of Medicine, made an outlandish claim on CNN Tuesday afternoon following President Biden's bizarre and cough-riddled address on the Wuhan coronavirus that he's still failed to "shut down" as promised.

"Anti-science aggression is now probably one of the leading killers of young adults in the United States," Hotez claimed before repeating himself which added drama for CNN's dwindling audience but didn't make his statement more accurate.

CNN Guest: "Anti-science aggression is now probably one of the leading killers of young adults in the United States." pic.twitter.com/fcV8bRugQi

Really? What even is anti-science aggression and how can this self-proclaimed "doctor-scientist" quantify it as as leading cause of death for young Americans? Hotez followed up his bloviating CNN appearance with a Twitter clarification about how he now blames for the death of unvaccinated Americans.

According to a "chart" — if you can call it that — Hotez claims that "conservative news outlets," "U.S. Congress Far Right 'America First,'" and "Conservative Public Intellectuals" are now responsible for "Aggression against Science or US Scientists." And that anti-science aggression is what Hotez thinks is a leading cause of death among young Americans.

They include members of the US Congress who actively discredit vaccines, the conservative news outlets, and the contrarian pseudo intellectuals https://t.co/LKriiz1C0a

Dr. Hotez's claim is, as is obvious on its face, the concoction of a blind partisan who really likes being rebooked for more TV appearances where he can peddle exceedingly wild theories. In this case, as in many of Dr. Hotez's other assertions, there just isn't any "there" there. Now two years into the Wuhan coronavirus pandemic, we know that young people generally deal with COVID infections better than older Americans. And there are many other things out there killing young Americans in high numbers.

Tammy Bruce highlighted the leading cause of death for those 18 to 45: fentanyl. One of many crises President Biden has failed to address in a meaningful way.

Yeah, that’s a lie. The leading cause of death among 18 to 45-year-olds is fentanyl. Brought into this country by the Chinese Communist Party through Mexico made infinitely easier because Biden erased our southern border https://t.co/YtAbNAYJML https://t.co/WSjNFiaONM https://t.co/joKU3F40Pd

Another angle on deaths that have occurred as the Wuhan coronavirus raged was mentioned by Derek Hunter — the lockdowns and other restrictions that left many Americans alone and unable to see family or friends was another reason opioid and suicide deaths increased to claim many young lives.

I assume this bowtied douchebag is talking about the opioid crisis and suicide rates among the young people leftists like him have isolated. https://t.co/brNk9zphi9

Yet again, if you want facts or reliable scientific information, CNN is not the place to go.