Who's Getting Punished for Biden's Botched Drone Strike? Nobody. 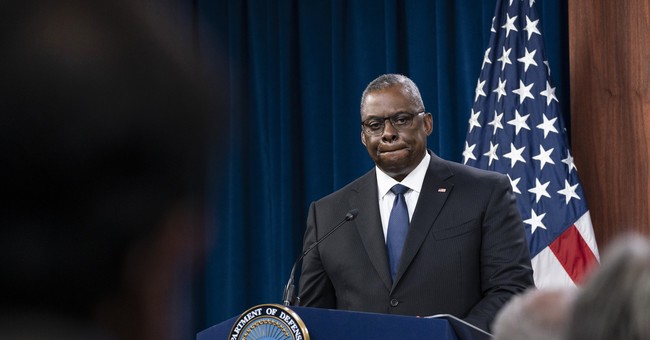 Remember back in August when the Biden administration, through its Pentagon brass, announced a "righteous" drone strike in Kabul that supposedly stopped an imminent suicide bombing amid President Biden's disastrous and deadly withdrawal from Afghanistan? The one that turned out to have been a complete miss and killed ten innocent civilians including seven children? Well, no one's getting punished, as Pentagon Press Secretary John Kirby announced Monday.

According to The Associated Press, U.S. defense officials reported that "No U.S. troops involved in the August drone strike that killed innocent Kabul civilians and children will face disciplinary action."

Kirby told reporters that "What we saw here was a breakdown in process and execution in procedural events, not the result of negligence, not the result of misconduct, not the result of poor leadership." The botched strike came in the wake of a deadly ISIS-K suicide bombing that killed American service members and Afghans attempting to flee from their country via an American airlift taking place out of Kabul's Hamid Karzai International Airport.

"We know that there will be some who don’t like this particular decision, but it wasn’t an outcome that we came to without careful thought and consideration,” Kirby added, two things that could have prevented the killing of ten innocent Afghans.

Monday's announcement that there wouldn't be any disciplinary action for those involved in the drone strike is not entirely surprising. As Townhall covered last month, an investigation into the erroneous conclusion that led the United States to drone a bunch of innocent Afghans "found no violation of law, including the law of war," though it "did find execution errors, confirmed by confirmation — or combined with confirmation bias and communication breakdowns that regrettably led to civilian casualties."

Apparently not "regrettably" enough to have any sort of disciplinary action for those involved in calling for or executing the strike. The full scope of the Pentagon's investigation remains classified, but even those responsible for doling out punishments as necessary decided to entirely withhold any discipline. None for those involved in the intelligence process that flagged a certain car, not those in the chain of command who allowed what the Pentagon has referred to as "confirmation bias" to cloud their judgement and rule out hitting the alleged target, not the people who green-lit the strike, and not the person who launched the strike.

At the time of the strike, Biden bragged about how the targeted hit was confirmation his often-touted "over the horizon" capability to prevent terrorists from using Afghanistan as a stronghold to launch new attacks against the West would work. But Biden's grandstanding turned out to be little more than an attempt to tamp down negative coverage of his disastrous withdrawal from Afghanistan that, with the full picture now on display, turned out to be dancing on the graves of ten innocent Afghans including an aid worker and seven children.

According to The AP, the decision not to take any disciplinary action came after Defense Secretary Lloyd "Austin asked Gen. Frank McKenzie, head of Central Command, and Gen. Richard Clarke, head of Special Operations Command, to review [Air Force Lt. Gen. Sami] Said’s conclusions and come back to him with recommendations. The two commanders agreed with Said’s findings, and they did not recommend any discipline," AP explains. Pentagon Press Secretary John Kirby confirmed Monday that "Austin endorsed their decisions, including the lack of disciplinary actions."

So, despite killing ten innocent civilians through what were admitted to be "execution errors," there will be no discipline for the botched strike. Take heart, though, citizens of the world — John Kirby pledged that, "to the degree we can do better, we will do better."