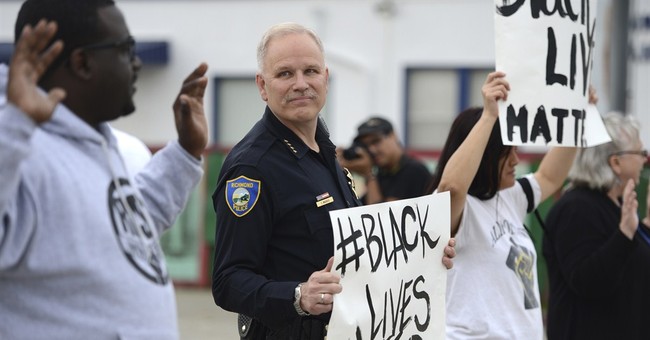 The United States Senate voted Tuesday to confirm Chris Magnus, President Biden's nominee to lead Customs and Border Protection, the first time CBP has had a Senate-confirmed leader since 2019.

By a vote of 50-47, the #Senate confirmed Chris Magnus to be Commissioner of U.S. Customs and Border Protection.

Cotton, Lankford, and Leahy did not vote.

Magnus, though a law enforcement veteran who served as Tucson, Arizona's police chief, is not about upholding law and order. And now he's in charge of securing America's borders, despite making alarming statements about the situation unfolding along the U.S.-Mexico border and illegal immigration.

As Julio reported in October during confirmation hearings for Magnus, the now-confirmed nominee repeatedly refused to acknowledge that illegal immigration and the overwhelming situation at America's southern border is a "crisis."

When asked "Do you believe we have a crisis at the southern border, yes or no?" by Senator Todd Young (R-IN), Magnus responded with, "Does it really matter whether we call it a major challenge, a crisis, a big problem?" That wasn't his only time avoiding labeling Biden's immigration crisis a crisis — in total, he refused to use that term six times in his hearing.

Magnus' radical actions and ideology extend beyond his denial of the border crisis Biden created to include demonstrating alongside the Marxist BLM organization and supporting sanctuary city policies that protect illegal immigrants after an individual in the U.S. illegally murdered Kate Steinle.

Conveniently, Magnus' Twitter account disappeared from the internet in the days leading up to the Senate's vote to confirm him to lead CBP as his police department department dealt with two separate incidents with officers under Magnus.

The new CBP commissioner joins a growing list of Biden administration officials including Secretary of Homeland Security Alejandro Mayorkas who — when asked by Townhall's Julio Rosas while speaking at the U.S.-Mexico border amid an influx of illegal immigrants who overwhelmed facilities in Del Rio, Texas — refused to call the situation a crisis.