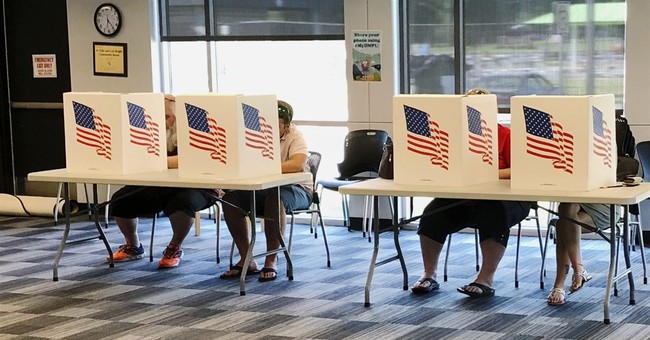 Less than one hour after polls in Virginia closed Tuesday night, it was announced that early votes cast in the Democrat stronghold of Fairfax County would be delayed beyond a self-imposed deadline of 8:00 p.m.

Fairfax County (dem strong hold) is delayed in reporting early voting numbers. Election officials say they won’t have results by the county’s self-imposed 8pm deadline. No word on why there’s a delay or when we can expect those results. @WAVY_News

The Fairfax delay is absolutely unacceptable.

Making the situation more confusing, Fairfax County announced that it was rescanning early ballots, but offered scant further explanation for what had gone wrong to cause the delay or the need to rescan ballots that were apparently scanned once previously.

Breaking: Fairfax County, Virginia has announced that they are *RE-SCANNING* ballots and will be releasing their vote totals later tonight.

In a tweet issued shortly after the announcement that early votes wouldn't be reported in Fairfax as promised, it was announced that Virginia Department of Elections Commissioner Chris Piper would be "briefing the press and the public on today's election at 8 p.m.

Christopher Piper, @vaELECT commissioner, will be briefing the press and the public on today's election at 8 p.m.

This is a breaking story and may be updated.