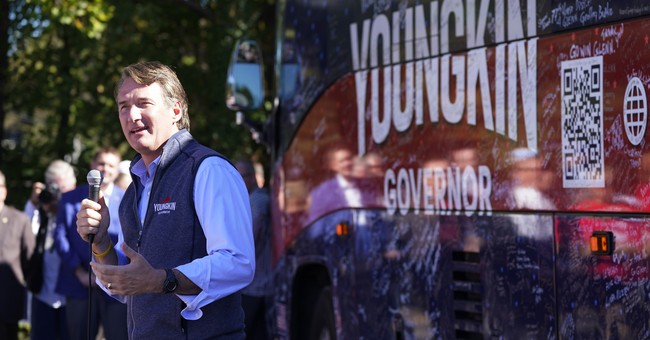 After Larry Sabato announced that the University of Virginia's "Crystal Ball" election ranking had changed its rating for the Virginia gubernatorial contest on Monday from "Leans Democratic" to "Leans Republican," he joined MSNBC to explain the reasons for the 11th hour switch in predicted outcome.

"The operative word is not critical and it's not theory, it's race. What a shock huh —race — that is what matters, and that's why it sticks," he explained of the parents' rights movement that's become a top issue for Virginia voters ahead of Tuesday's election and seen enthusiasm grow for Youngkin's campaign.

"There's a lot of, we can call it white backlash, white resistance, whatever you want to call it, it has to do with race," Sabato claimed before adding "we live in a post-factual era anyway — this is a post factual era. It doesn't matter that it isn't taught in Virginia schools," Sabato stated, falsely. "It's this generalized attitude that whites are being put-upon and we've got to do something about it," Sabato concluded of his reason Virginians support Youngkin.

Right now, on its website, the Virginia Department of Education recommends "Critical Race Theory in Education" as a "best practice" and derives its definitions of "racism," "white supremacy," and "education equity" explicitly from "critical race theory." pic.twitter.com/QVSJVpju2A

The reaction to Sabato's explanation is, of course, ludicrous, as many Twitter users pointed out.

MSNBC: How did education become the # 1 issue?

Sabato: Because of "white resistance."

I am sure it has nothing to do with backlash to school closures, and Terry McAuliffe saying parents shouldn't have a say in their kids' education.

This guy is so disconnected from reality. https://t.co/pYkoKeRbMU