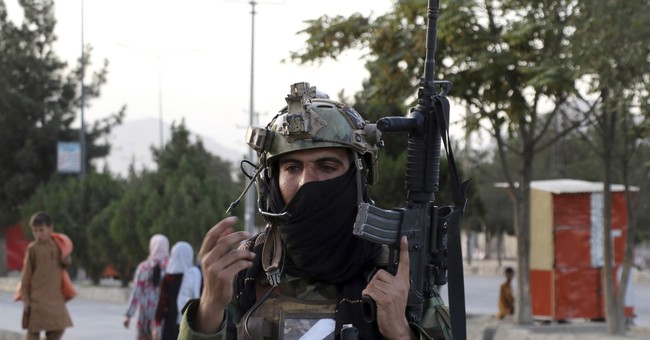 The Taliban claimed Monday that it had taken control of Panjshir province north of Kabul — the final holdout where the anti-Taliban National Resistance Front made its last stand after refusing to negotiate — according to a spokesperson for the Taliban.

For its part, the National Resistance Front says its "forces are present in all strategic positions across the valley to continue the fight. We assure the ppl of Afghanistan that the struggle against the Taliban & their partners will continue until justice & freedom prevails."

Despite the NRF's commitment to continue fighting against Taliban rule in Afghanistan, Taliban fighters reportedly raised their flag over the Panjshir governor's office, apparently completing their takeover of Afghanistan's provincial capitals that moved swiftly amid President Biden's withdrawal from the country.

As the Taliban overran the last forces resisting its rule in Afghanistan, President Biden is on vacation at his home in Delaware, seemingly unconcerned as ever with the fate of the American citizens and special immigrant visa applicants left behind in Afghanistan by his haphazard withdrawal.

As Landon and Rebecca have covered, Americans and at-risk Afghans left behind by President Biden are seemingly being held hostage by Taliban fighters who are preventing private evacuation flights from departing despite assurances from the Biden administration that the Taliban would allow safe passage for any American or Afghan who wished to leave the country.

STUCK ON PLANES: @RepMcCaul says Americans and Afghan interpreters have been held hostage by the Taliban for days at the Mazar-i-Sharif International Airport in Afghanistan. #FoxNewsSunday pic.twitter.com/2gJfxNTIfJ

Yet again, Biden's promises are turning out to be little more than wishful thinking with dangerous results for those caught in his disastrous exit.

According to reports, Biden is hoping — despite a still unknown number of American citizens and an apparent majority of SIV applicants remaining stranded within a Taliban-controlled Afghanistan — to use the long Labor Day weekend as a reset for his administration dependent upon a wish that Americans will forget what they've seen unfold in the last two weeks.

White House Press Secretary Jen Psaki told reporters last week that  "you can expect the president to be communicating over the coming weeks on a range of issues that are front and center on the minds of the American people," again hoping that the collective American mind is not on its fellow citizens stuck in Afghanistan. Psaki said Biden's efforts would focus on "his Build Back Better agenda, on COVID and his commitment to getting the virus under control, to speak to parents and those who have kids going back to school."

With the Taliban's takeover complete — despite Biden's insistence that such a reality was anything but inevitable just weeks ago — the President is scrambling to find messaging that holds. His promises to bring every American home from Afghanistan aged as poorly as his declaration of independence from the Wuhan coronavirus on July Fourth. And his campaign promise to not just bring America back from the damage done during the pandemic but to build it back better crashed into a wall with Friday's huge miss of a jobs report.

For now, though, Biden seems content doing the one thing he seems to do best: hiding out in Delaware.