Not 'a Failure': Pentagon Refuses Responsibility for Kabul Chaos 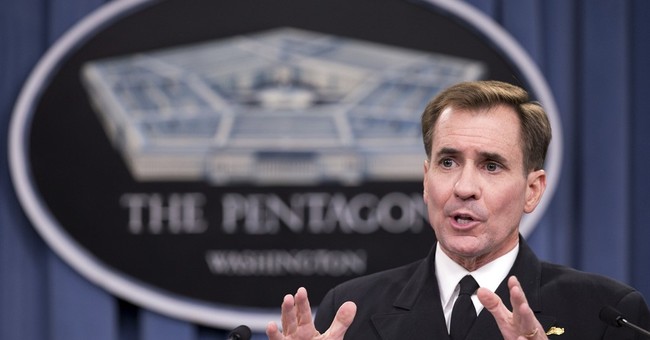 In what became dueling briefings between the State Department and Pentagon Monday evening following President Biden's rushed speech — which he returned to the White House just long enough to give before again dipping out to Camp David — the Pentagon's John Kirby and General Hank Taylor failed to answer several key questions while seeking to avoid accountability for the situation on the ground in Kabul, Afghanistan.

"Was this a failure of intelligence or planning?" asked a reporter of General Taylor. "What we know happened at the airport was that there were a lot of Afghans that were trying to get out of the country, so I don't think that was a lack of planning," he responded.

General Hank Taylor says that the chaos at the Kabul airport was not "a lack of planning," and won't answer a question asking whether or not a lack of intelligence was responsible for the quick fall of Kabul. pic.twitter.com/nQrQpJZ1yB

Who could have seen such a reality unfolding as Taliban fighters took Kabul and President Ghani fled the country? Apparently not the Pentagon, which has gone to great lengths in this and previous briefings to insist they planned for every contingency, just not this one.

"But the quick fall of Kabul, was that a failure of intelligence?" pressed the reporter.

In a subsequent question, Pentagon Press Secretary John Kirby was asked to confirm whether a widely-circulated video that appears to show two individuals falling off the fuselage of a departing military transport plane shortly after takeoff, Kirby had no answer.

The Pentagon does not confirm nor deny that objects seen falling from a plane departing from Kabul this morning were people or not. pic.twitter.com/A8cHGuVkY4

"On that video footage we've all seen, of something falling off the wing, I don't have an update for you in terms of specific validity of that," Kirby said, adding the Pentagon would "be just as interested [as] you in learning more about what happened there."

Kirby also had no answer as to Afghan President Ashraf Ghani's whereabouts after he fled Kabul.

The Pentagon does not confirm nor deny that objects seen falling from a plane departing from Kabul this morning were people or not. pic.twitter.com/A8cHGuVkY4

"Monday morning quarterbacking here, now, isn't- I don't think- a helpful exercise," Kirby would later claim as oppositional questions piled up about how the Biden administration seemed surprised by the Taliban's advance on Kabul and why more wasn't done to slow their approach.