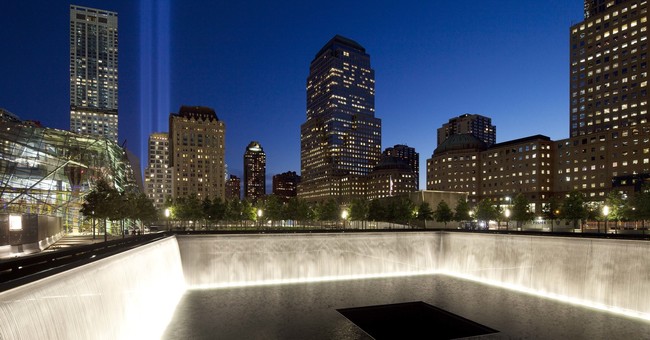 As the United States prepares to solemnly mark the 20th anniversary of the terrorist attacks of September 11, 2001, more than 1,800 family members, first responders, and survivors directly impacted by the attacks have a message for President Biden: You're not welcome at our memorial events this year.

"We understand President Biden's desire to mark the solemn occasion of the 20th anniversary at Ground Zero," 9/11 victims' families said in a statement — followed by more than 50 pages filled with names — that was released Friday. "However, we cannot in good faith, and with veneration to those lost, sick, and injured, welcome the president to our hallowed grounds until he fulfills his commitment."

Families of those killed on 9/11 expressed their disappointment with the first six months of the Biden administration as it pertains to its handling of information on the extent of Saudi Arabia's role in the attacks.

"Since the conclusion of the 9/11 Commission in 2004 much investigative evidence has been uncovered implicating Saudi government officials in supporting the attacks" the families' statement explains. "Through multiple administrations, the Department of Justice and the FBI have actively sought to keep this information secret and prevent the American people from learning the full truth about the 9/11 attacks."

"As we approach the 20th anniversary of 9/11, and having been used as a political bargaining chip for two decades, our patience has expired," the 9/11 community's letter explains. "We had great hope that President Biden, who campaigned on bringing truth and trust back to the Oval Office, would value the lives and sacrifices of America's citizens over diplomatic relations with a country accused of mass murder."

And the 9/11 families have receipts: "Biden the campaigner, in an October 2020 letter, promised the 9/11 community that, if elected president, 'I intend to be a President for all Americans, and will hear all of their voices. The 9/11 Families are right to seek full truth and accountability...I will direct my Attorney General to personally examine the merits of all cases where the invocation of privilege is recommended, and to err on the side of disclosure in cases where, as here, the events in question occurred two decades or longer ago.'"

The 9/11 families refer to Biden's promise to authorize the release of documents that detail Saudi Arabia’s role in the 9/11 attacks, as stated in this Oct 2020 letter during his presidential campaign. pic.twitter.com/uvtjmDPtC3

"If President Biden reneges on his commitment and sides with the Saudi government, we would be compelled to publicly stand in objection to any participation by his administration in any memorial ceremony of 9/11, given its continuation of polices[sic] that thwart Americans’ rights to hold accountable those who, known evidence reveals, materially supported the 9/11 hijackers," the letter adds.

"It is our deep hope that President Biden promptly upholds in meaningful ways his campaign promise to us and then stands by our side at the 9/11 Memorial in New York City on 9/11/21, where we can together honor those who died and were injured – armed with the truth that it has taken 20 years too long to receive."