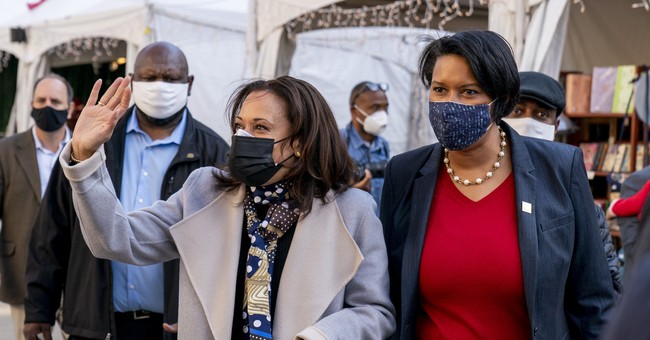 The House Committee on Oversight and Reform passed H.R. 51 by a vote of 25-19 Wednesday following an hours-long markup on the current legislative attempt to add Washington, D.C. as America's 51st state.

Ultimately, if the Constitution is to be followed, the Democrats' supposed progress doesn't really matter, because they're pursuing an end through improper means.

Democrats in the House Committee on Oversight and Reform (two things for which Democrats in Congress are not particularly well-known) carried on with what our own Larry O'Connor appropriately called "obscene Kabuki theatre" pursuing statehood for our nation's capital. Back in March, O'Connor noted one big problem with the left's most recent attempt to give D.C. statehood:

The very body discussing DC statehood does not have the power through a simple majority to grant said statehood.

"[The Congress shall have Power] To exercise exclusive legislation in all cases whatsoever, over such District (not exceeding ten miles square) as may, by cession of particular states, and the acceptance of Congress, become the seat of the government of the United States."

In addition to what O'Connor pointed out back in March, there's also the question of what to do with the electoral college votes allocated to D.C. by the 23rd Amendment. If the occupants of the White House end up being the only residents of the shrunken federal territory, one household—likely two or three people—on Pennsylvania Avenue would wield three electoral votes, the same as all the residents of Alaska.

As debate during the H.R. 51 markup made clear, statehood for D.C. requires amending the Constitution to move ahead. This isn't a controversial position to hold. It is, in fact, the conclusion at which our government has arrived for basically all of modern American political history.

As the Heritage Foundation found, "Every Justice Department that has addressed the question, from the Kennedy Administration to the Bush Administration, has concluded that the Constitution does not allow for legislative alteration of the District's status."

If Democrats were serious, they'd seek to rectify constitutional hurdles to their dream of D.C. statehood instead of wasting everyone's time with showboat hearings.

Rep. Jody Hice (R-GA) pointed to the real motivation behind the Democrats' desire to make D.C. a state during Wednesday's hearing: "This is about a much broader permanent change," he said. "When we talk about the benefits, what really is being referred to, is two more senators. That's the benefit."

And that would be quite the benefit for Democrats who could certainly use two extra senators to bolster their caucus as they seek to inflict a radical agenda.

Rep. Byron Donalds (R-FL) was one of many to raise the constitutional issues with H.R. 51, calling on Congress to address them "before we move forward with anything else." Rep. Donalds said the Democrats current tact "frankly makes no sense at all."

You know the Democrat’s argument on D.C. Statehood is weak when they resort to the knowingly false talking points about the Georgia voting bill.

It’s time members of Congress speak the truth in the halls of Congress; our constituents and our Constitution rely on it. https://t.co/3hP0PfaLiJ

The full House is expected to take a vote on D.C. statehood as early as next week. In the previous Congress, H.R. 51 passed the House 232-180 in a party line vote.