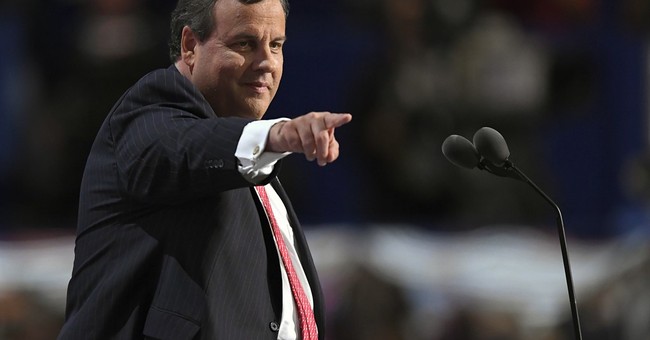 Christie dropped out of the race in February and endorsed Trump soon later, and though he was passed up for the vice presidential pick, Christie has been a highly visible supporter of the nominee, defending many of his controversial comments.

“Donald Trump has been a demagogue this whole time, preying on people's anxieties with loose information and salacious rhetoric, drumming up fear and hatred of the ‘other,’” Comella said.

She added she was not surprised by Trump’s attacks on the parents of Muslim-American soldier Humayun Khan. “Instead of trying anything remotely like unifying the country, we have a nominee who would rather pick fights because he views it as positive news coverage,” Comella said.

"We are here today in part because as a party in the past we have remained silent when things have made us uncomfortable. Instead of speaking out against instances of bigotry, racism and inflammatory rhetoric whether it's been against women, immigrants or Muslims, we made a calculus that it was better to say nothing at all in the interest of politics and winning elections.”

Comella’s announcement, by way of an email interview with CNN reporter Jamie Gangel, comes just one day after longtime Jeb Bush adviser Sally Bradshaw also said she refused to vote for Trump and would leave the Republican Party.

Bradshaw echoed Comella’s disgust with Trump’s treatment of the Khan family, telling CNN it “made me sick to my stomach.” She said the nominee “has taken the GOP in another direction, and too many Republicans are standing by and looking the other way.”

The former campaign manager sees the case against voting for the nominee as a moral one.

Bradshaw and Comella differ in one important way: Christie endorsed Trump, but Bush has stood solidly against him.

Two other communications aides followed Comella when she left the New Jersey governor’s side after he dropped out of the race. She had worked on both of Christie’s past gubernatorial campaigns, according to CBS News.

Politico reported one of those aides, communications director Sam Smith, complimented Smith for her anti-Trump position.

“I'm very proud of Maria for taking a strong stance on this and speaking up,” Smith said.

The CDC is Changing Their Guidelines on Vaccines and Masking...Again
Katie Pavlich
Don Lemon: These Should Be the Punishments for People Who Refuse the COVID Vaccine
Julio Rosas

The CDC is Changing Their Guidelines on Vaccines and Masking...Again
Townhall
WATCH: Simone Biles explains why she withdrew from the team event at the Olympics
Twitchy
Congressman Reveals What He Said and Did to Officer Who Shot Ashli Babbitt
Redstate
Former Drudge Report Editor Launches Conservative Alternative
PJ Media