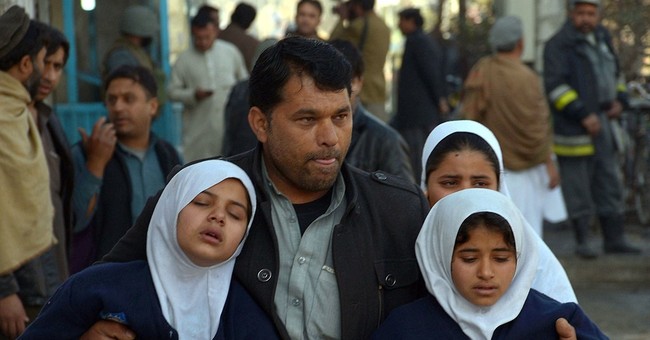 A few weeks after President Obama announced the United States would keep over 8,000 troops in Afghanistan, more than originally planned, due to unstable conditions in the region and the Taliban’s unrelenting violence, the United Nations is reporting that a record number of civilians have been killed or injured since January 2016.

The Human Rights branch of the UN Assistance Mission in Afghanistan found that between January 1 and June 30, 2016, Afghanistan suffered 5,166 civilian casualties. This includes 1,601 dead and 3,565 injured. This number is the highest toll since 2009.

“This report once again lays bare the suffering inflicted on civilians by parties to the conflict in Afghanistan and shows how the conflict deprives them of basic human rights protection, displacing Afghans within their own country and forcing many to seek refuge abroad,” Zeid Ra’ad Al Hussein, UN High Commissioner for Human Rights, is quoted as saying.

Among all the grim numbers, here is perhaps the most horrific: UNAMA recorded 1,509 child casualties in the six-month period. In other words, children accounted for one in three of all victims. This is an 18 percent increase in comparison to the statistics a year ago.

As if these statistics didn’t seem bad enough, the UN notes that it has “almost certainly underestimated” the “conservative” estimates of casualties.

The UN report determined that about 60 percent of the casualties were caused by “anti-government elements” such as the Taliban, ISIS, and other terror groups. “Pro-government forces,” or the country’s official security forces, accounted for another 23 percent of the deaths.

How could so many innocent bystanders die in the crossfire? The UN reported that a variety of factors result in civilian deaths, including suicide bombs and improvised explosive devices. An article on the UN’s news page explained why Afghan children are often killed or injured:

“Explosive remnants of war disproportionately impacted children who comprised 85 per cent of the casualties caused by such devices. The report contains several accounts of children killed or maimed while playing with such objects.”

A top UN official had strong words for all parties involved in the Afghan conflict, writing the report “represents a failure of commitment and should be a call to action … to reduce civilian suffering and increase protection.”