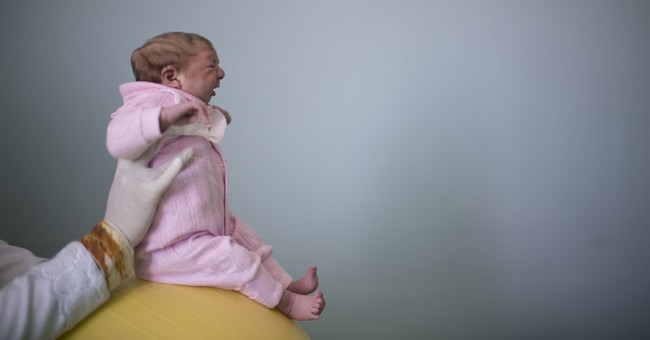 The Zika virus could affect up to 2 million women in Latin America and the Caribbean, according to a new study. The projection comes a few weeks after Senate Democrats blocked funding intended to combat the disease.

The study was done by Nature Microbiology and published Monday. The mosquito-transmitted disease can cause microcephaly and other severe birth defects in babies born to women with Zika, scientists found last fall. Since then, Latin American countries have seen a massive increase in Zika-infected pregnant women.

“The model also predicts that Brazil will have three times more infections than any other affected country, due to its size and suitability for transmission,” Reuters reported.

More than 1,600 cases of microcephaly have been confirmed in Brazilian babies, but the new study predicted that is, unfortunately, just the beginning. As many as 2.06 million women of childbearing age and 117.1 million people could contract Zika in the next two or three years, resulting in “tens of thousands” of babies with birth defects.

Meanwhile, the United States is fighting a battle within its borders as the number of cases of Zika rise: up to 1,306 cases as of mid-July, according to the Centers for Disease Control and Prevention. “None of those has been the result of local spread by mosquitoes,” CNN reported.

American mosquitos may not be safe from Zika for very long: the Florida Department of Health announced on July 21 that it was investigating the possibility of a non-travel-related case in the state (meaning the mosquito with the virus came from Florida itself). Gov. Rick Scott declared a public health emergency in February, and the number of pregnant women with Zika in the state is up to 43.

What is being done to combat this grave health crisis? Thanks to the Senate Democrats, not much. As Townhall reported in June, the Senate failed to pass a $1.1 billion bill before it went on summer recess because it included restrictions for birth control.

Planned Parenthood amazingly did not understand how the funding could save lives, arguing, according to Politico, that "a vote against this bill will be seen as a vote for women’s health care."

Texas Sen. John Cornyn, the Republican whip, argued that responsibility for the lack of action lies squarely on the Democrats’ shoulders.

“The first TV picture of an American woman bearing a child with a birth defect caused by this virus will be on [Democrats],”Cornyn told Politico. “I wouldn’t want to be in their position.”

Despite the lack of Congressional funding, President Obama did say on July 20 that the CDC would send more than $5.6 million to Florida to help with the state’s recent outbreak.