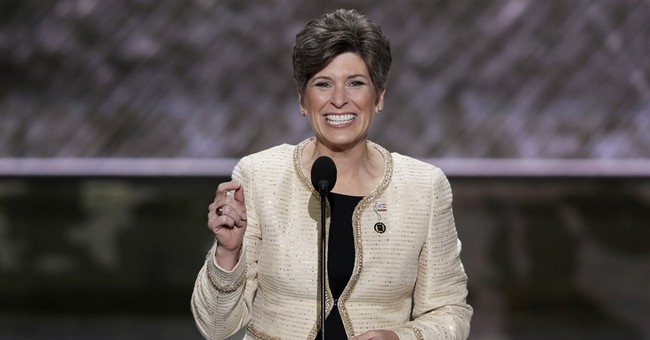 Because many of the speeches ran long, Iowa Sen. Joni Ernst, a female National Guard veteran and up-and-coming star in the Republican Party whose address many hoped would provide a relatable perspective, was pushed past 11 p.m. Eastern Time, booting her off prime-time news broadcasting.

Worse, Ernst spoke to a nearly-empty arena, with many attendees having left the convention floor after Trump’s speech concluded.

“By the time Ernst walked on stage, many of the delegates still in attendance in the hall had been in their seats for more than four hours.”

Some news outlets were critical that the slogging remarks of Arkansas Sen. Tom Cotton and former Lt. Gen. Michael Flynn came before Ernst’s, who as a first-term senator of a swing state had the potential to galvanize voters.

Indeed, an article from GQ (which, to be fair, is titled “From Melania Trump to Joni Ernst, Everybody Who Took the Stage Last Night at the RNC Was a Disaster”) said Cotton gave “a leaden speech with all the charisma of a truancy officer.”

When Ernst was announced as a prime-time speaker in early July, the New York Times explained how important an opportunity she had been given.

“[It] is fitting in many ways, like in possibly helping the candidate neutralize the criticism that he had been insensitive to women. As a Midwesterner who hails from a battleground state, Ms. Ernst offers geographical balance to the brash New York developer.”

Convention organizers were “infuriated” Ernst was pushed back and called the nearly-empty arena “excruciating,” according to the New York Times.

A Wall Street Journal reporter talked to an unnamed Iowa delegate that characterized the problems as “effing brutal.”

In her remarks, Ernst criticized President Obama’s weak foreign policy and argued for a stronger national security stance against ISIS.

“Under this current administration’s wayward policies, ISIS continues to spread, while the President fails to put forward a comprehensive strategy to defeat and destroy them,” she said. “Donald Trump will not hesitate to call radical Islamic terrorism by its name, and to destroy those that wish to harm our nation.”

If Ernst had spoken in the 10 p.m. hour, it is likely her rousing address would be making headlines today alongside Trump's plagiarism.