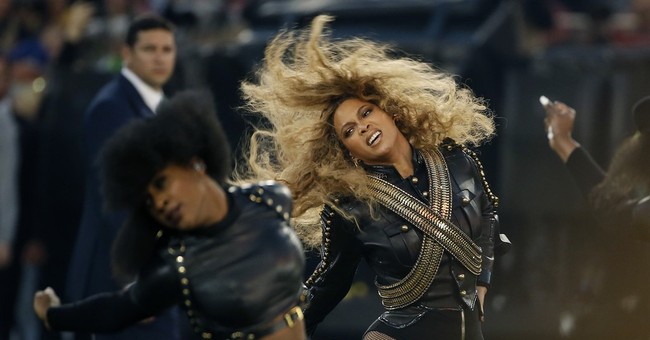 In partnership with Mic.com, singer Alicia Keys has created a video called “23 Ways You Could Be Killed if You Are Black in America” featuring prominent African-American celebrities such as Beyoncé, Rihanna, Chris Rock and Queen Latifah.

The video comes in the aftermath of the deaths of Philando Castile and Alton Sterling by police officers, which set off Black Lives Matter protests and waves of retaliatory violence against law enforcement across the country.

Motivated by the two deaths, Keys and other famous black entertainers filmed themselves listing what they say are the reasons various black people were killed by police. Each clip then cuts to a picture of the person that did the specified action and was shot by police.

“Riding in your girlfriend’s car with a child in the back,” Beyoncé said, referencing Castile’s death.

It’s a somber video, and clearly the celebrities are upset by these deaths. Indeed, if black people were really shot en masse for the simple act of laughing, it would be a disturbingly bad trend. Imagine if every black person wearing a hoodie was killed just because they were wearing a hoodie.

But the video plays fast and loose with the facts of the 23 cases they explain; it’s a highly unreasonable proposition to assume every person in the video was shot only for the reason listed. Facts and evidence are vital to any investigation, and before anyone is convicted, it is essential to take a critical look at the situation.

For example, hip-hop artist Talib Kweli said police shot Oscar Grant III for “riding a commuter train.” But by Mic.com’s own article in 2013 explains that Grant had been drunk and involved in a fight on the train before he was shot.

Now, see? Grant didn’t die for riding a commuter train. There was a larger context to the situation, and lawyers can litigate the case for guilt or innocence on the facts of that larger context.

It’s important that actual racist murderers go to jail. But this star-studded tribute video paints every police officer in the country with that brush of racism, something that is egregiously and factually inaccurate. In this time of great divide, the video drives an even bigger wedge between police officers and black community.

The Marine Who Called for Afghanistan Accountability Has Been Thrown in Prison
Katie Pavlich
Majority Mistrust: Biden Credibility on the Wuhan Coronavirus Tanks
Spencer Brown
Are We Shocked That This Happened to Liz Cheney?
Matt Vespa