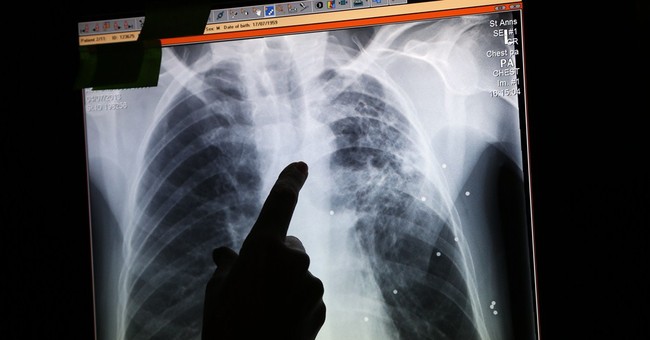 As the State Department ramps up the number of refugees it admits into the country, many Americans fear terrorists may slip through the cracks and threaten our national security. But a new report from the Colorado state government gives us reason to also worry about refugees’ effects on the public health of the country.

The Colorado Department of Public Health and Environment reported that 16 refugees out of the total 7,754 were diagnosed with ‘active’ tuberculosis between 2011 and 2014. “Active” means that the disease is contagious.

Another 1,348 refugees in Colorado tested positive for latent tuberculosis infection (LTBI), which World Health Organization explained is a condition in which people “do not have active TB disease but may develop it in the near or remote future.”

The rates of TB and LTBI are significantly higher among foreign-born Colorado residents than among American citizens. Breitbart compared the statistics, reporting that TB appeared in one out of every 484 arriving refugees.

“During that same time period, 67 out of the state’s estimated 4.5 million U.S.-born residents were diagnosed with active TB.

So, over the years, the U.S. improved its public health—fewer American citizens are getting tuberculosis—but at the same time it admitted people who may threaten that high quality of living.

While we often associate Syrians with the term ‘refugees,’ the report said the top refugee countries of origin for 2011-2014 were actually Myanmar, Bhutan, Iraq and Somalia.

Colorado is not the only state that has reported alarming public health statistics. Last month Breitbart compiled a list of eight states reporting the high rates of LTBI—that is, a susceptibility to tuberculosis—among newly-arrived refugees. Especially high was Vermont, with LTBI affecting 35 percent of all refugees coming into its state.

Despite these numbers, the Colorado report shows the vast majority of the TB-positive refugees receive treatment for their illness.