Busted: Migrant Caught Hitching A Ride To Switzerland In Suitcase 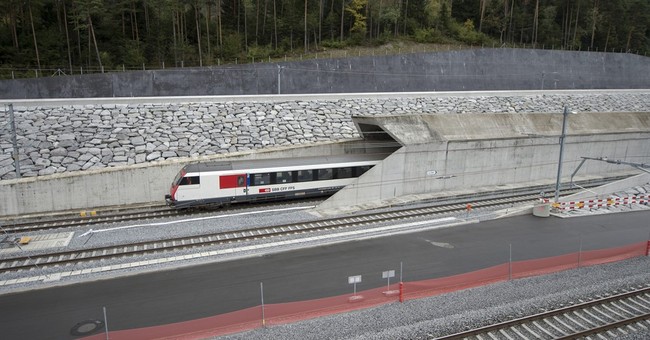 A 21-year-old man from Eritrea spent a few cramped hours on a train from Milan, Italy to Switzerland.

A shocking video depicts the migrant emerging from a suitcase and quickly being apprehended by police. The Daily Mail reported that train passengers notified authorities Monday when they began to hear moans coming from the luggage.

The man was attempting to sneak across the Italy-Switzerland border by hiding in his friend’s suitcase—a tactic that local officials told AP they had not seen before.

"We've had people try to sneak in in a car trunk," a Swiss border guard said. "This is the first time we've seen in Ticino that we've found someone in a bag."

The man was detained and sent back to Italy “because he opted not to request asylum,” AP reported. Countries on the Mediterranean Sea like Italy and Greece have seen a massive number of migrants since the Syrian Civil War began, making authorities there less likely to accept the migrants. It is believed the Eritrean man wanted to make it to northern Europe where refugees are more welcome.

Syrians and Iraqis generally enter Europe at Greece’s borders, while Africans are known to start at Italy. AP reported that Swiss customs data showed that officials caught more than 3,400 migrants since May 30, “at least 700 more than for the rest of the year combined.”