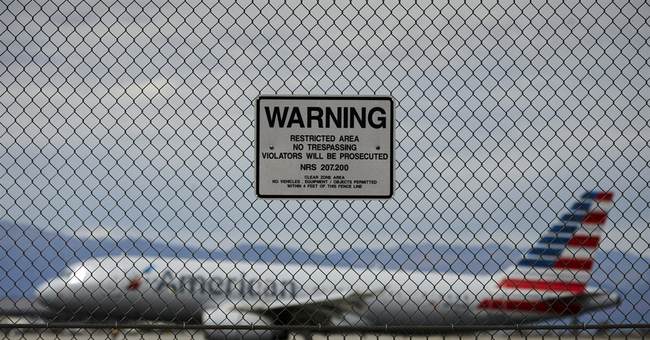 The metal detectors, body scanners and pat-downs synonymous with airports are remarkably ineffective at stopping security breaches, according to a new report by the Government Accountability Office out Tuesday.

Members of Congress asked the GAO to investigate the Transportation Security Administration’s operations. The non-partisan agency, which evaluates and audits other branches of the government, used TSA data to identify more than 2,500 security incidents per year in the past three years.

“Those incidents ranged from people jumping fences to reach jets and passenger terminals to workers who forgot their security badges piggy-backing with a colleague through checkpoints,” AP reported.

The GAO highlighted numerous concerns with the TSA’s internal risk assessments, finding that it has not taken a look at some aspects of its operations—like vulnerability—in years. Indeed, even though the recent issues with porous airport fences and the “insider threat” of employees are, the TSA has done nothing to address the concerns.

Further, the TSA is lacking an updated, cohesive “national strategy” to deal with security threats. It seems that there is little-to-no leadership coming from top TSA officials, leaving workers at individual airports to implement rules as they please.

“We also found that TSA’s efforts to enhance the security of the nation’s airports had not been guided by a unifying national strategy that identified key elements, such as goals, priorities, performance measures, and required resources,” the GAO report stated.

To add to the organization’s already-unproductive operations, the GAO found that it is unable to analyze any data the TSA does collect because of flawed log systems.

“The database where the TSA logs incidents is not set up for analysis. That means that the TSA, despite having plenty of data, cannot pinpoint the biggest vulnerabilities,” AP reported.

The GAO suggested six changes to the TSA, all centering around more comprehensive and frequent risk assessments and creation of strategies.

This is not the first time that the TSA has been slammed for ineffective operations. In June of last year, the Office of the Inspector General revealed that the TSA had failed to detect nearly 96% of the fake bombs that undercover investigators snuck through airports security. According to an article from The Hill:

“Much of its findings remain classified, but the undercover agents made it through security in nearly all the tests — 67 of 70 — including one instance in which a TSA screener failed to find a fake bomb even after the undercover agent set off a magnetometer. One screener reportedly let the agent through with the fake bomb taped to his back, having missed it during a pat-down.”

A 16-year-old boy made headlines in 2014 when he scaled an airport fence in San Jose, California, and climbed into the wheel well of an airplane. He survived a below-freezing, five-hour flight to Hawaii, baffling the ground crew in Maui and airport officials who had assumed the fences were more secure.