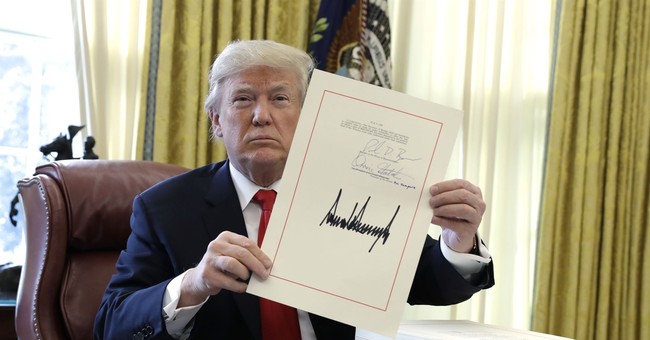 At a rally in Fayetteville, NC, Sunday, vice presidential candidate Kamala Harris told anyone listening that she and her running mate Joe Biden would do away with the Trump era tax cuts on day one.

“When we get this thing done on Tuesday, Joe Biden and I are about to get rid of that tax bill,” Harris said, referring to the Tax Cuts and Jobs Act of 2017.

While Harris likely believes this move would appeal to a Democrat base, some small business owners credit the Jobs act – which “made several significant changes to the individual income tax [including] a nearly doubled standard deduction, new limitations on itemized deductions, reduced income tax rates, and reforms to several other provisions,” according to the Tax Foundation – with allowing them to thrive in the pre-pandemic economy. And, they say, it’s allowing their businesses to stabilize as COVID recedes.

The Bureau of Economic Analysis announced Thursday that the Gross Domestic Product (GDP) rose by 33.1 percent in the third quarter of 2020, prompting Alfredo Ortiz, President and CEO of the Job Creators Network (JCN), to release a statement saying Trump is once again delivering on his promises.

“Fueled by the President’s pro-growth policies, America’s small businesses are reopening and rehiring at a record rate. 11.2 million jobs have been created in the last five months – an all-time record,” Ortiz said. “How could Joe Biden possibly claim he could do better?”

Small business owners across the country affiliated with JCN – a nonpartisan group dedicated to educating small business owners and employees on policies that affect their growth and sustainability – agree with Ortiz, with some arguing the current economic bounce-back is directly related to how well the Trump tax cuts had positioned them before pandemic lockdown ground the economy to a near halt.

Guy Berkebile, owner of Guy Chemicals in Pennsylvania, who also serves as the chair of the Somerset County Republican Committee, says support for Trump has grown despite the pandemic and that Trump supporters in his county now outnumber Democrats 2 to 1. He credits the Tax Cuts and Jobs Act with bolstering that support and says it put his own company, now celebrating its 25th year in operation, in a better place to overcome the economic downturn as a result of the pandemic.

“Because of the Tax Cuts and Jobs Act, my company was in a better position to weather the crisis than we ever were in the last 25 years,” he says. “The new GDP numbers that came out last week were not surprising to us.”

Nicole Wolter, President of HM Manufacturing in Illinois, cites the Jobs Act and other economic moves made by the Trump administration, such as the US-Mexico-Canada Trade Agreement (USMCA), with helping spur the growth of her family-owned business.

Wolter has seen so much growth she says she’s been able to hire paid interns, offer bonus and incentive programs, premium health care options, and even engage in outreach to her community. And much of that has continued despite the pandemic.

“We’ve been able to do more under this administration than in years past,” she says. “Partly because we don’t have to pay so much in taxes.”

Wolter has been watching with interest the pushback on new lockdown measures levied against restaurant owners in nearby Chicago, something that a Biden administration might continue if it lives up to recent comments made on the stump.

“I almost hope that [restaurant owners] do rebel, and I’m only seeing this in blue states,” she says. “I don’t think it’s fair because in Chicago, restaurant owners are already following protocol with masks and sanitation. But they have to be able to live. We can’t be sequestered forever in our homes because of COVID.”

“When I listen to Joe Biden pretend he’s a friend to small business, it’s absolutely ridiculous,” she says. “He wants to increase taxes, increase regulations, introduce Green New Deal policies such as a $15 minimum wage. He’s talking about slapping this economy right back down.”

“Trump’s policies put us in such a strong position going into the pandemic that these states, as they open back up, can bounce back much faster…and the Paycheck Protection Program that was part of the CARES Act was the bridge that got us to where we are today.”

Parker says that bridge saved 51 million jobs and is likely one of the most successful government programs in the history of the country,

“I don’t think the administration gets enough credit for that,” Parker says. “But small business owners and employees – they know.”