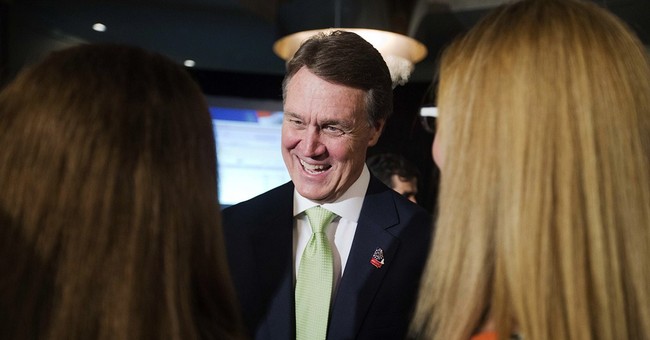 The race for the Georgia U.S. Senate seat is one of the closest in the country. Democrat Michelle Nunn and Republican David Perdue are expected to each procure less than 50 percent of the vote, forcing the candidates into a run-off in January. That being said, two of the latest polls reveal a bright forecast for GOP supporters.

According to a SurveyUSA poll, Perdue leads Nunn by three points. This comes as a direct reversal from last week’s results, which showed Nunn up by two. Libertarian candidate Amanda Swafford is skimming just enough votes (3 percent) to keep either mainstream candidate from securing a majority vote.

An additional poll conducted by Monmouth University (which sampled only 436 likely voters) has Perdue leading by a whopping 8 points.

It also claimed Georgian voters would “prefer to see the Republicans (45%) rather than the Democrats (33%) in control of the U.S. Senate, while 21% say party control makes no difference to them.”

Perdue has been accusing Nunn of being a "rubber stamp" for the Obama Administration, something that doesn't sit well with the 56 percent of Georgians who disapprove of the president's work.

Additional evidence the coronavirus could have been accidentally released by a Chinese lab
Hotair
Unbelievable: A Reporter Asks Trump Why He Hasn’t Closed All Grocery Stores
Redstate