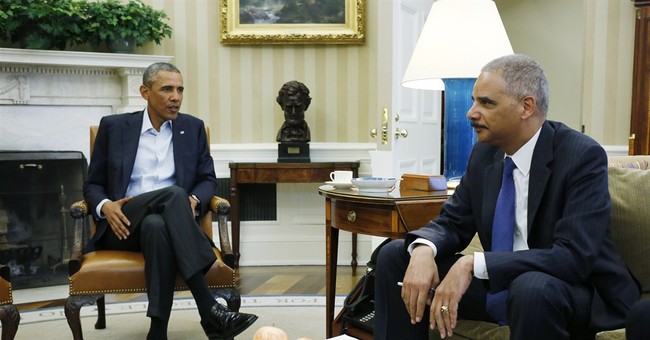 From Fast & Furious to the IRS scandal, Eric Holder's time as Attorney General of the Department of Justice has been littered with lies.

“The Justice Department is probably the most dangerous domestic department in the executive branch when you have someone who is willing to abuse its power," Senior Fellow at The Heritage Foundation Hans Von Spakovsky told Townhall, "it can break and ruin and put in prison any individual, any company, any business; and that is enormous power and you don’t want that in the wrong hands by people who are willing to misuse that power.”

Even as Holder announced his resignation Thursday, an ongoing investigation persists into Operation Fast & Furious.;

According to Spakovsky, "it’s going to be very difficult to undo much of the damage that Holder has done."

Watch our montage highlighting just a few of the scandals: