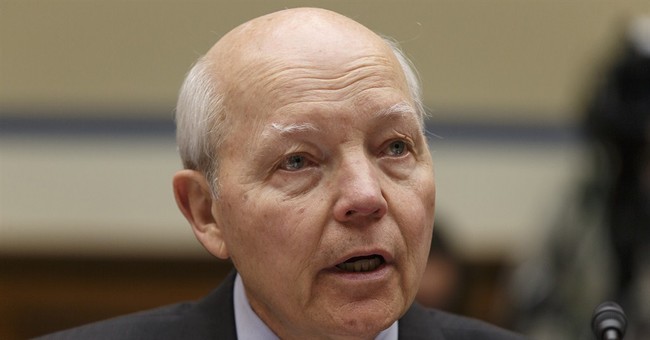 IRS Commissioner John Koskinen’s bland testimony before the House Ways and Means Committee Friday has seemingly failed to convince anyone that the government organization is free of scandal. In addition to Rep. Paul Ryan (R-Wis.), the legal group representing 41 conservative and Tea Party groups in the federal lawsuit against the government has stated its dissastifaction over the commissioner's statement.

Koskinen’s failure to provide information and refusal to apologize kept in true form with the Obama Administration’s overall strategy to “delay, distort, and misdirect” government scandals, according to a newly released statement by the American Center for Law and Justice (ACLJ).

“He refused to issue an apology for what has become a deepening targeting scandal and a growing effort to cover-up the scheme. His refusal to issue an apology, coupled with his less than direct testimony before lawmakers is an insult to the American people. Not only has he failed in an effort to begin re-building trust with the American people, his appearance today reinforced the problem with this out of control agency. The Obama Administration’s IRS remains dedicated to misleading the American people and obstructing Congressional investigators from obtaining the truth. In fact, the Commissioner’s assertion that appointing a special prosecutor to investigate the unlawful targeting scheme would be ‘a monumental waste of funds’ reflects the troubling reality that the Obama Administration would rather investigate itself. With today’s hearing and the performance of the Commissioner – it is now clearer than ever – that the only way the truth will come out is through an independent special prosecutor.”

The ACLJ claimed it sent letters to federal agencies and Democratic lawmakers asking them to save any remnants of the communication trail between themselves and IRS officials over the last five years.

At the same time, the ACLJ has notified the Department of Justice and the FBI that it will not permit its clients to meet with federal investigators because of the collusion between the IRS and federal agencies. The ACLJ says it is not in the best interest of its clients to voluntary cooperate with federal investigators because of evidence that the Justice Department was working with the IRS to see if it could “piece together” prosecutions of non-profits even before any evidence of wrongdoing emerged.

More than 74, 000 Americans have signed a petition to demand a special prosecutor investigate the IRS targeting scandal.

Is This Why Jim Acosta Went to CPAC?
Townhall
Blue-check journos RAGE at the White House over new plan to start charging for daily Covid-19 tests
Twitchy
World Economic Forum Says ‘Lockdowns Are Quietly Improving Cities Around The World,’ What They Want Next Is Scary
Redstate
Vatican Betrays Virgin Mary for Prophet Muhammad
PJ Media