Nobody Panic, A Government Shutdown Won't Shut You Down 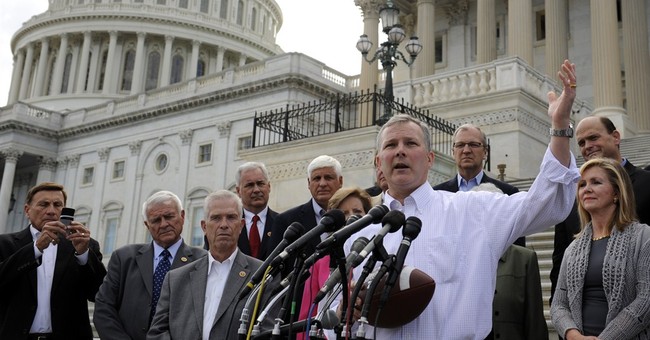 Congress has until midnight Monday to pass a spending bill that appeases both sides of the aisle or the government faces a partial shutdown.

The government last closed shop almost two decades ago under former president Bill Clinton — it stretched for a total of 21 days. Usually, a shutdown runs for less than one week.

Some federal employees, those deemed non-essential, would not go to work. The President, presidential appointees, members of Congress and judges, for better or for worse, all continue per usual.

Nearly 800,000 federal employees went on furlough during the last shutdown, yet all were paid retroactively, according to a report by the Congressional Research Service.

Museums, monuments and nearly 401 national parks would shut their doors to visitors.

According the associated press, there is also plenty of work that will continue regardless:

So what does the United States really have to lose? The GOP has already been tagged the scapegoat in the case of a government shutdown. The reality is, Americans would still rather see Obamacare stopped than the government funded:

Republicans have voted more than 40 times to defang the Affordable Care Act since it became law in 2010, and as it inches closer to implementation this position looks more and more like a winner to them. A suspicion among the insured that their coverage will suffer, uncertainty over what people will have to pay for their health insurance and a profusion of companies citing the new law as a reason for cutting the value of their employees’ health benefits have weakened support for the measure, which was never robust (see chart). A YouGov poll for The Economist found that a plurality of respondents now favours stopping Obamacare even if this causes a temporary government shutdown: 49% favoured repealing the law, compared with 36% who favoured expanding or preserving it.

Perhaps a partial shutdown is what it will take to make lawmakers listen to their constituents.