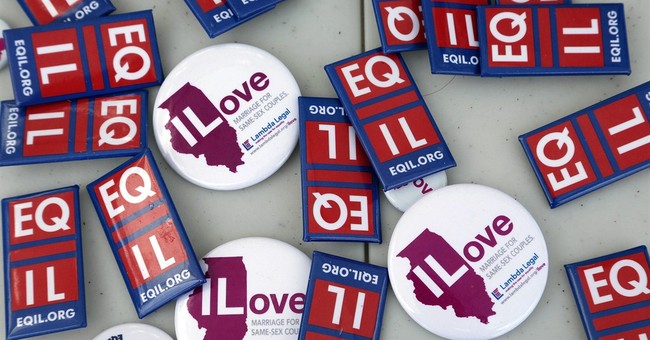 “Illinois has been missing out on this economic opportunity long before Minneapolis' mayor unleashed his advertising campaign in our state,” Currie wrote.

Gay marriage legislation passed in Minnesota in August. Shortly afterwards Minneapolis Mayor R.T. Rybak invited irked gay Illinois residents to escape to to his state during the "Marry Me in Minneapolis" campaign.

Illinois passed Senate Bill 10 legalizing same-sex marriage in February, but the bill never made it through the House. Pro-gay union coalitions are now urging lawmakers to approve the law during the fall veto session. One such group, Illinois Unites for Marriage, launched the video “Illinois Can’t Wait” Tuesday, making an emotional appeal for support.

"For whichever reason moves you, it's time we stop playing second fiddle to our neighbors and do what is best for our state," Currie advocated.

While fiscal and emotional appeals can be powerful, Dr. Jennifer Roback Morse, President of the Ruth Institute, cautioned the evidence supporting single-gender matrimony is deceiving.

The Williams Institute, a think tank based out of UCLA, is one commonly quoted source in the argument. Past predictions by the think tank have been flawed.

In 2008 it calculated Iowa would gain $47.7 million annually from gay marriages, but a follow-up report in 2010 showed it garnered only $12 million.

The Williams Institute released a report in March, a month after Senate Bill 10 failed in the House, showing the economic advantages of gay marriage for the state of Illinois:

“Extending marriage to same-sex couples in Illinois would generate up to $103 million in spending to the state and local economy. According to the 2010 U.S. Census, 23,049 same-sex couples live in Illinois. Of those couples, the report estimates that 50% (11,525 couples) would choose to marry in the first three years, a pattern that has been observed in Massachusetts and elsewhere. Of the couples that will marry, 64% of those marriages will occur during the first year, 21% in the second year and 15% in the third year.”

Detailed calculations in the report give the illusion of precision, however, the entire report is incorrect because premises are flawed, Morse explained.

For example, it calculated a fiscal increase from weddings between in-state residents. This is not added money to the economy, it is merely redirecting cash. The only increase to the state budget would come from out-of-state residents.

As it stands, 13 other states have already legalized gay unions. And no offense to Illinois, but what couple is going to rush to marry in a state where the Governor is tempted to call in the National Guard to help quell violence? Legalizing gay marriage should the be least of Illnois' concerns.