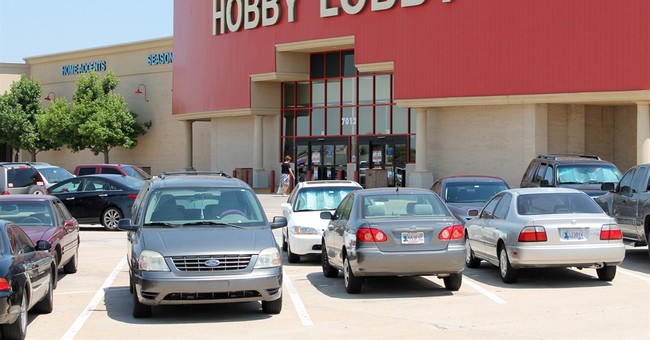 The 10th Circuit Court of Appeals exempted Hobby Lobby from supplying abortion-inducing drugs to employees last June, but now the federal government is appealing the case to the U.S. Supreme Court.

U.S. Solicitor Gen. Donald Verrilli Jr. filed the 251-page appeal to the decision Thursday. The question the Court faces is whether or not, under the Obamacare HHS mandate, private companies must provide abortion-inducing drugs and contraceptives to employees despite the company’s religious objections.

Two key laws are up for judicial interpretation in this case.

One of these statutes is the glaringly-obvious First Amendment “free exercise clause” which demands Congress make no law prohibiting the free exercise of religion.

The second is the 1993 Religious Freedom Restoration Act which states the “government shall not substantially burden a person’s exercise of religion even if the burden results from a rule of general applicability.” Exceptions apply when the rule has a compelling government interest and is being furthered under the least restrictive means.

Hobby Lobby CEO and Founder David Green has made it explicitly clear that the company was founded on Christian principles and has been committed to helping families “celebrate life” for over 40 years:

“We believe that business owners should not have to be forced to choose between following their faith and following the law,” Green said.

As is particularly relevant to this case, one aspect of the Greens’ religious commitment is a belief that human life begins when sperm fertilizes an egg. In addition, the Greens believe it is immoral for them to facilitate any act that causes the death of a human embryo.

Hobby Lobby faces a fine of at least $475 million per year if the Supreme Court rules to enforce the HHS mandate.

To date, the abortion pill mandate is losing 30-5 in court, according to Alliance Defending Freedom.

Americans across the country continue to fight for religious freedom from Obama’s unconstitutional mandate.