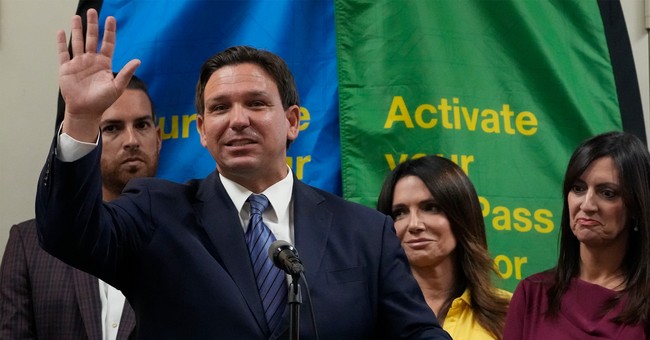 Gov. Ron DeSantis (R-Fla) rose to fame by his strong stance against the Democratic party, fighting back as they try to lock Americans down and drive the country into the ground.

Most Democrats despise him given the fact that a lot of Americans have fled their blue-lead states for a freer life in Florida. However one member from the Left has finally stopped drinking the Kool-Aid and understands why DeSantis makes for a great leader.

Kerner said that when it comes to supporting DeSantis or his Democrat opponent, Charlie Crist, he has to choose the “lesser of the two evils,” adding that the results of DeSantis’ leadership decision shows.

“This was not the proverbial lesser of two evils… Governor DeSantis has demonstrated himself beyond worthy of the humble duties of this office. And he has done so with the level of dignity, purpose and respect that is lost in the public sphere today,” Kerner said.

His comments come after DeSantis praised Kerner for his role in keeping the state safe.

“We are focused on protecting victims and not coddling criminals, and no one knows that better than Dave, who served Florida’s communities… Commissioner Kerner knows first-hand the threat of the Defund the Police movement and understands the important role that our local law enforcement officers play in keeping Florida safe,” DeSantis said.

Majority of polls show that DeSantis is ahead in the polls against Crist, even in heavily Democrat counties such as Palm Beach.

Endorsing Gov. @RonDeSantisFL was the obvious choice this election cycle.

Gov. DeSantis' Dem opponent has called for reallocation of resources away from law enforcement.