Disney Continues to Indoctrinate Children With its LGBTQ Clothing Line 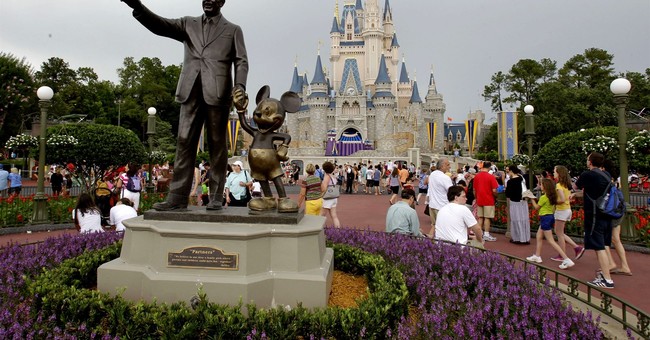 June 1st marks the beginning of gay pride month, which means the season of rainbow colored everything is right around the corner.

Obviously it's no surprise Disney, the head of brainwashing kids, launched a LGBTQ- friendly clothing and accessory line.

The 2022 “Disney Pride Collection” has been rebranded from its original name “Rainbow Disney Collection” in order to mold to the woke mob’s narrative.

The line will feature “non-gender specific” items such as backpacks, jewelry and T-shirts, so that everyone is aware you support the left's propaganda.

If your interested in funding Disney’s indoctrination of children, pride-themed Star Wars, Marvel, and Pixar novelties along with rainbow- colored Mickey Mouse items will be sold at all Disney parks and on the park’s website.

According to the corporation, the Pride Collection was created by LGBTQ Disney employees and allies, adding that they “stand in solidarity with our LGBTQIA+ community everywhere.”

Disney has made it it clear it opposes Gov. Ron DeSantis’ (R-Fla.) “Parental Rights in Education” Bill— or what woke leftist like to call it the “Don’t Say Gay” Bill.

Earlier this year, the corporation announced it will no longer use gendered terms such as “boys, girls, ladies and gentleman” at the park, while also incorporating mature material such as lesbian kisses and gay dads into its shows.

There’s room for everyone under the rainbow. ?? Happy #PrideMonth! pic.twitter.com/JvKE5WFbFu