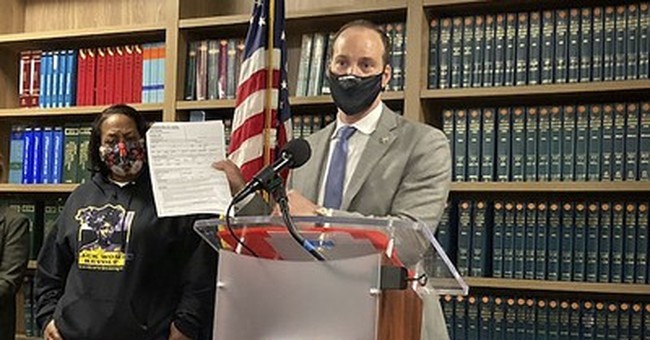 San Francisco residents are finally ready to give District Attorney Chesa Boudin the boot as crime and violence continue to sweep across the city.

A poll released by the Public Policy Polling Survey shared with SF Gate shows that 48 percent of San Franciscans are planning to vote "yes" on Boudin's recall, while 38 percent say they will vote "no."

The recall effort is 10 points more popular than not as the June 7 election is just weeks away.

The soft-on-crime DA has been burned by his own policies. Even the city's own supervisors want him out.

District 2 Supervisor Catherine Stefani became the first to endorse the recall against the far leftist.

Meanwhile, Boudin has branded himself as a supporter of lawlessness as he allows shootings, carjackings and theft to ravage San Francisco. Many residents have had to take it upon themselves to protect their property by boarding up windows and installing surveillance cameras.

According to Data, the city's crime rate index rated 4 percent in terms of how dangerous it is, with 100 being the safest.

The chance of being a victim of property crime was 1 in 22 with 939 crimes reported per square mile.

During an interview with ABC7 News, Boudin says he is "confident" he will beat the recall.

In a not-surprising twist, he blamed conservatives for people wanting him out, saying, "It's unfair to blame him for the problems facing San Francisco," as if it's not him who has chosen to not prosecute criminals.

Boudin also suggested conservatives have spread lies and attacks on him despite being one of the most dangerous cities in the country. In response to critics who say he created a "culture" where prosecutors in his office are encouraged to offer lenient plea deals, Boudin called it "a lie," alleging that those in favor of the recall don't have the facts correct.