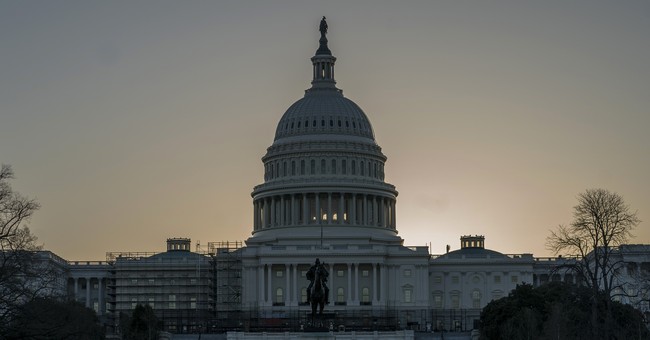 Part of the revision included a change of prediction in 12 seats, 10 of which favor Republicans.

When it comes to seats in Republicans' favor, perhaps most notably is how Rep. Susan Wild's (D-PA) seat has been moved from Toss Up to Lean Republican. Rep. Dina Titus (D-NV) and Rep. Kurt Schrader's seat, the Biden-endorsed incumbent who lost his primary, have also been moved from Lean Democratic to Toss Up.

Republicans are now on track to gain 20-35 seats, when they only need 5 to take back the majority.

As a matter of historical trends, the president's party almost always loses seats during his first midterm election, and the situation is looking pretty grim for President Joe Biden, who already has particularly poor poll ratings. In fact, he keeps reaching some of his lowest poll numbers, across a variety of polls. Republicans also have an advantage in many generic ballot polls.

According to an average from RealClearPolitics (RCP) from May 2 to May 26, Biden has an approval rating of 40.4 percent, and a disapproval rating of 54.8 percent. RCP also has Republicans with an advantage of 46.1 percent compared to Democrats having a 43.9 percent advantage on the generic ballot for Congress.

Further, many House Democrats are retiring at high numbers, with the current count being over 30.

Although Cook Political Report had signaled earlier this year that Democrats had the edge with redistricting, it's now come out in favor of Republicans on that too.

"The string of legal setbacks the Democrats have suffered since late February has been staggering," Dave Wasserman, a national elections analyst for the Cook Political Report, told The Washington Examiner earlier this week about that news. "When you put it all together, just about everything's going right for Republicans."