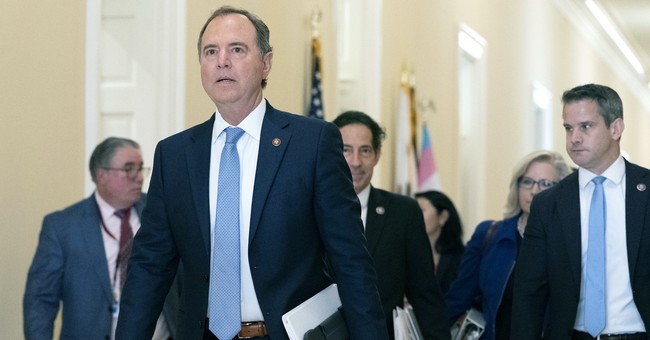 The January 6 select committee is at it again when it comes to targeting members of Congress. Earlier on Thursday, five Republican House members were served with subpoenas, including House Minority Leader Kevin McCarthy (CA) and Reps. Scott Perry (PA), Jim Jordan (OH), Andy Biggs (AZ), and Mo Brooks (AL). As the select committee itself points out, these members had been had been sought after previously.

"It marks the first time the select committee has sent subpoenas to its own House colleagues," Mychael Schnell and Harper Neidig noted in their reporting for The Hill.

"The move is a significant escalation in the committee’s inquiry. Investigative panels have rarely used their subpoena powers on fellow legislators, but there is some precedent from entities like the House Ethics Committee. So far the panel has focused its subpoenas on members of the Trump administration and various figures linked to the attack on the Capitol," they went on to write.

The select committee has subpoenaed countless more figures, and has even recommended a handful to be held in contempt of Congress.

The various members have been trending over Twitter on Thursday.

As of Thursday afternoon, Reps. Biggs and Perry have tweeted out statements strongly denouncing the select committee's subpoenas, and even its existence.

"I have not seen the subpoena. I guess they sent it to you guys before they sent it to me," Leader McCarthy told reporters earlier on Thursday. "My view on the committee has not changed. They are not conducting a legitimate investigation. It seems as though they just want to go after their political opponents." He also highlighted concerns that Americans have under the Biden administration. "But the one thing that has changed in America- higher inflation that we haven’t seen since the 70’s, an unsecure border, [record-high] gas prices, now we don’t have baby formula," he continued.

McCarthy had also emphasized that the select committee was "illegitimate" and engaging in an "abuse of power" earlier this year, when he received a letter in January asking him to come forward.

Schnell and Neidig noted in their report that Rep. Jordan said he also hadn't seen the subpoena. It appears, then, consistent with what the members have said, that the subpoenas were leaked to the media ahead of time, lending more credence to Rep. Biggs' claims of "political theater."