POLITICO Going All Out on Horrific Takes on Abortion 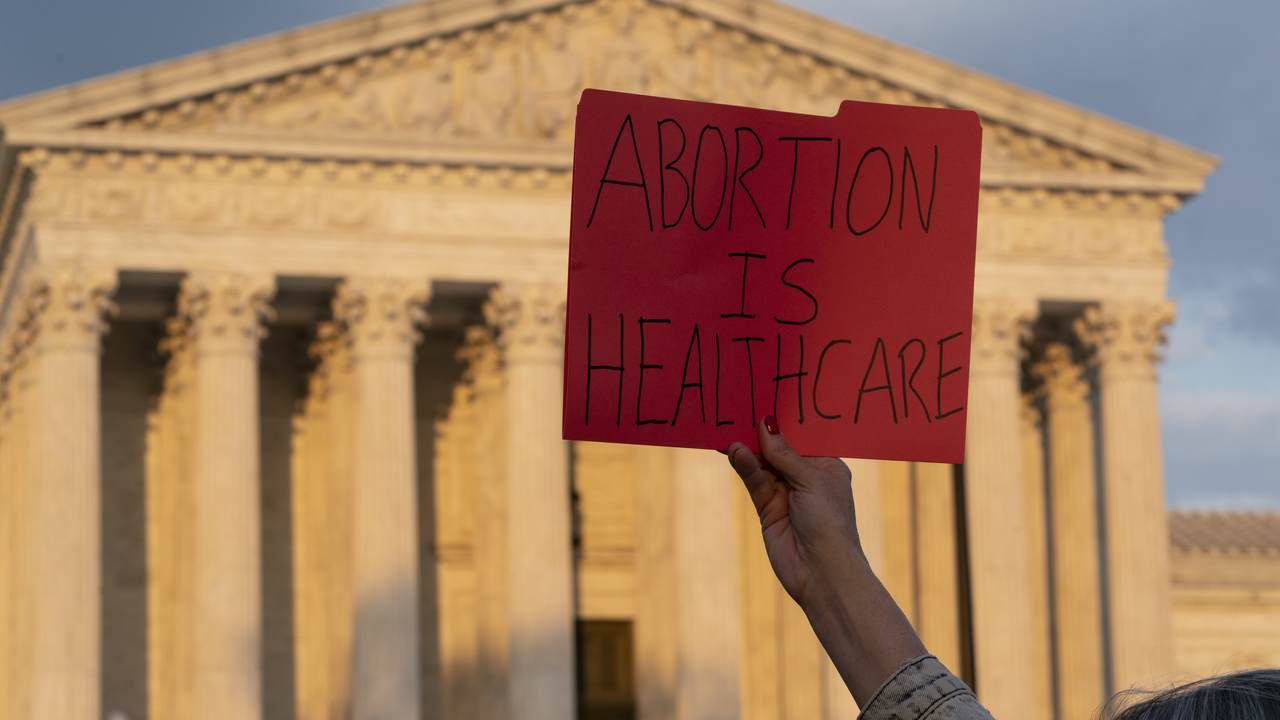 We have POLITICO's Josh Gerstein and Alexander Ward to thank for reporting on the leaked draft opinion from Justice Samuel Alito in Dobbs v. Jackson, which indicates the U.S. Supreme Court is looking to overturn Roe v. Wade. "No draft decision in the modern history of the court has been disclosed publicly while a case was still pending. The unprecedented revelation is bound to intensify the debate over what was already the most controversial case on the docket this term," they acknowledged, though they covered it regardless. POLITICO even released Justice Alito's 98 page draft, not long after Gerstein and Ward's report went out. From there, the outlet has continued to milk the abortion issue, including with some pretty awful takes.

When it comes to Gerstein himself, he was featured in Friday morning's POLITICO Deep Dive, "Inside the unprecedented Supreme Court revelation with a POLITICO reporter who broke the story." The subheadline noted that "Peter and Josh nerd out on everything from the history of the court, to potential implications of the draft opinion — both for the country and the judiciary itself," as if this were quite the casual thing to nerd out over.

The leaked draft also dominated the Sunday show coverage, as was to be expected. Gerstein was also featured on the panel of NBC's "Meet the Press."

WATCH: Josh Gerstein, who broke the Roe story, says Supreme Court was “not a terribly transparent institution” before the leaked draft opinion but access is now “even harder.” #MTP@joshgerstein: “They’re probably going to be even more skittish about that than they were before.” pic.twitter.com/J7sUl6zASJ

Host Chuck Todd began the panel discussion by asking Gerstein "has it sunk in what this, what your report perhaps has done to the Supreme Court for a generation?"

Gerstein mentioned the fencing that went up around the Court not long after, as well as the reactions, though he did not acknowledge that because of the leaked draft, the conservative justices have had their safety threatened.

And, when he was asked by Todd if his leaking the draft is "going to change the way you get to cover the Court," Gerstein chose to emphasize how "restrictive" the Court is as an institution. "Well, it probably makes it even harder to press some of the issues for access to the Court. We've had a lot of concerns about the Court and transparency, even through this period of Covid over the last couple of years, but even before that. So, they're probably going to be even more skittish about that than they were before, but it was not a terribly transparent institution to start with," he replied.

It's worth noting that in a lengthy Twitter thread by Will Chamberlain from May 3 offers that Elizabeth Deutsch, a law clerk of the retiring Justice Stephen Breyer who is, according to the draft not voting to overturn Roe, may have been the leaker. Chamberlain notes that Deutsch's husband, Isaac Arnsdorf, previously worked for POLITICO and shared a byline and appears to be friends with Gerstein.

She clerked for a stridently pro-choice appellate judge.

And it just so happens that her husband is a journalist, who shared bylines with Josh Gerstein at Politico, and it looks like they are still buds.

POLITICO has, since Gerstein and Ward's report, and beyond the leaked draft, published more takes on abortion, multiple articles a day in fact.

This includes an opinion column known as "Altitude," by John F. Harris. While Justice Alito has reportedly had to flee his home with his family for an undisclosed location for doing his job, Harris looks to be placing the blame on him. "Alito Wants a Brawl and Looks Likely to Get One," Harris wrote for Tuesday morning.

A Supreme Court justice wants a brawl? Or maybe he was assigned to write an opinion that the majority of justices signed onto. That it is a contentious topic does not mean Alito "wants a brawl," though he's looking to get it regardless.

"For decades, activists across the political spectrum have believed that Supreme Court justices are pretenders — ideologues and partisan hacks who try to disguise personal agendas behind black robes," Gerstein began his piece. It only gets worse from there.

To their credit, the outlet did at least publish an opinion piece by Rich Lowry on Thursday that "There Are Certain Things the Supreme Court Can’t Settle."

Yet the very next morning, POLITICO also published this disgusting piece from Michael Schaffer who promoted parents of college-age daughters rooting for killing their unborn grandchildren in the womb with "Would You Send Your Kid to College in a State Where Abortion Was a Crime?"

His piece is about as melodramatic as it can get, with references to the pre-Civil War period and a divided America.

This excerpt offers a glimpse into his tone:

Step back a bit and it becomes clear that other factors that worked to shrink regional distinctions are also fading. Being limited to three national TV networks for entertainment serves to homogenize the country; having access to a billion social media accounts does the opposite. Getting clothes or groceries from a relatively small number of national chains knits together; having an infinite variety of consumer options does not.

For most of the past couple decades, Americans’ tendency to live and work among like-minded people has been a subject of interest and worry. Bill Bishop’s 2008 book “The Big Sort” — based on a series of articles that ran in 2004 — was an early chronicle of the trend. Americans, his reporting showed, are increasingly unlikely to live next to someone who votes, worships or thinks about major issues in a way that’s different from them. The rise of former President Donald Trump, with its exaggerated divide between rural and metropolitan voters, only accelerated matters.

But there’s a key difference between Big Sort America and post-Roe America. Many of the divisions Bishop noted take place within states or metropolitan areas or regions. Texas may be red, but there are plenty of neighborhoods in Dallas or Houston or Austin (or a bunch of smaller cities, too) just as LGBTQ-friendly and pro-immigrant and anti-Trump as anywhere in Oregon. And vice versa.

The looming abortion landscape, though, will be about the hard borders of jurisdiction, not the soft ones of cultural affinity. Rather than a clean break, there will be plenty of partisans trapped behind the lines — on both sides, which means more aggrieved fellow citizens, more contention over national political power, and more fear of states unlike our own.

No matter what Schaffer drones on about, though, when it comes to what may or may not come out of the Supreme Court daring to overturn Roe, allowing states to decide the abortion issue through their state legislatures, the issue is first and foremost that these people are angry because it's going to be harder in some states for women to abort their unborn children.