Desperate Dems. in Disarray Still Trying to Resurrect Build Back Better. What Do the Polls Show? 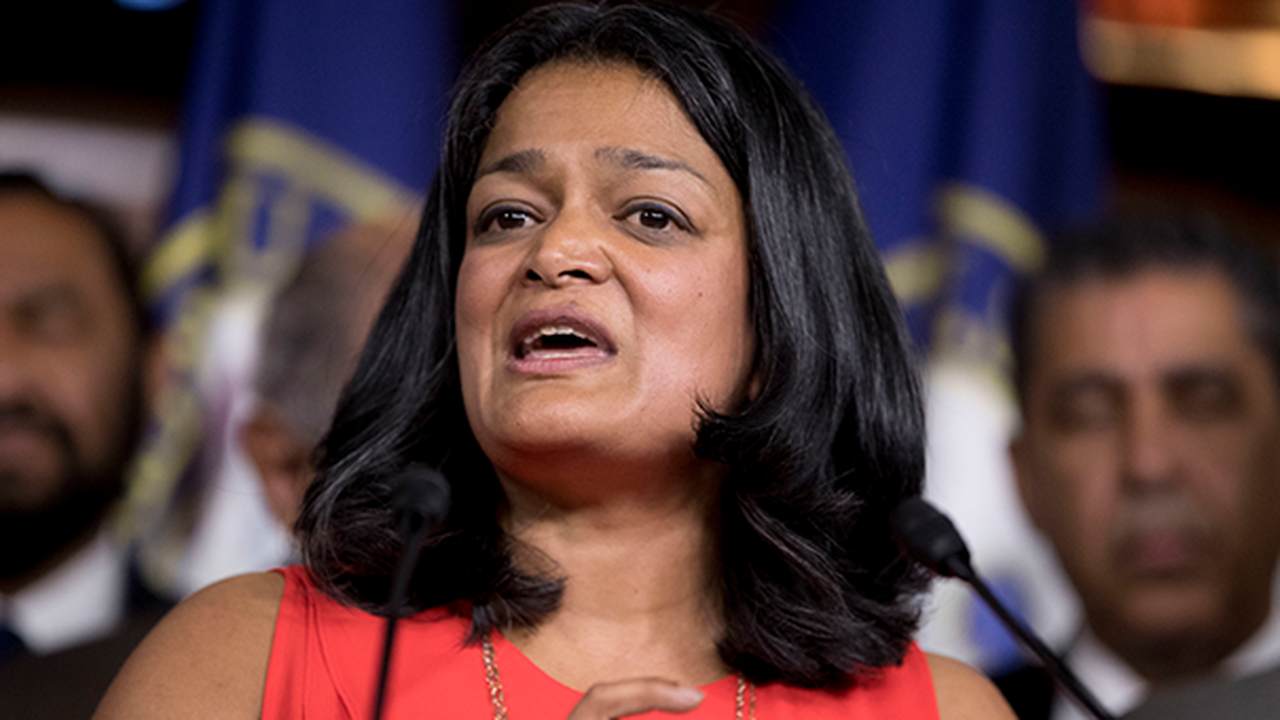 It's been over a month since Sen. Joe Manchin (D-WV) came out against Build Back Better, essentially killing a key agenda item for President Joe Biden. And yet Democrats--namely progressives--are still trying to resurrect it. But, polls show, including in Manchin's state of West Virginia, that passing it won't do much good.

Rep. Pramila Jayapal (D-WA), who chairs the Congressional Progressives Caucus, issued a statement on behalf of the caucus on Thursday. In it, she calls for Build Back Better to pass by March 1, so that the president has a win by his State of the Union address that night, "to share with the nation the relief that people will soon receive."

In the months since Build Back Better negotiations stalled, this legislation has only become more urgent. Relief cannot be delayed any longer.

We're calling on @POTUS and Senate Dems to pass the Build Back Better Act by the State of the Union on March 1.

The statement in part notes that "the case for this legislation has only become more urgent." It also calls passing the bill within that time frame "both achievable and necessary."

The statement additionally claims that there's "agreement on the need to reduce rising costs facing ordinary Americans — and that is exactly what Build Back Better does. The White House and Congressional Democrats confronted the crisis of the pandemic to pass the historic American Rescue Plan and the Infrastructure Investment and Jobs Act, creating millions of jobs. It’s past time to bring that same commitment to delivering Build Back Better."

Later on Thursday, Jayapal also went to tweet about how climate change is related to "racial justice," and pushed further to pass Build Back Better.

It's time to make real, meaningful investments to stop climate change. It's time to pass the Build Back Better Act.https://t.co/qRNnecM16s

While Jayapal wants to tout the supposed "relief" to come out of the legislation, there are very real concerns that it will lead to even higher inflation, as there are concerns when it comes to the infrastructure law and as was the case with the American Rescue Plan.

On Wednesday, POLITICO-Harvard released a poll with a major takeaway indicating that voters fear that Build Back Better and the infrastructure law will increase inflation, with a plurality, at 46 percent, believing this to be the case. The poll itself noted that "Only about one in three (34%) believe BBB will help the country as a whole, and less than one in four (23%) believe it will help their own family."

And, as a POLITICO write-up from Adriel Bettelheim mentioned:

The survey of 1,004 respondents, conducted from Jan. 4 to 9, also found the majority convinced that the $1 trillion infrastructure plan Congress passed last year won’t help either the country or their personal lives. Independents tended to side with Republicans in viewing the package as inflationary, upending the conventional view that big, bipartisan public works initiatives transcend partisan politics.

“Democrats really need something powerful here, since the bipartisan infrastructure bill that was enacted isn’t being strongly supported by many Republicans or independents,” [Robert Blendon, a professor of health policy and political analysis at the Harvard T.H. Chan School of Public Health, who designed the poll] said of the outlook for 2022.

The poll included 1,004 U.S. adults with interviews conducted January 4-9. The margin of error was plus or minus 3.4 percentage points for the full sample.

Progressives, like Jayapal and Sen. Bernie Sanders (I-VT), who chairs the Senate Budget Committee, have highlighted the supposed benefits that the legislation will bring. This has also been a route taken by the White House.

Sanders is so dedicated to highlighting provisions like childcare, healthcare, and climate change, that as I covered on Sunday, he's indicated that he won't be open to just any compromise if it doesn't include enough of what he wants. He wants the bill brought for a vote, even if it will fail, so that there is a record of how senators have voted.

While Jayapal touts "agreement," Manchin has been deterred by costs. The Congressional Business Office (CBO) warned of a deficit of over $3 trillion from 2022 to 2031, if the entitlement programs in the bill were made permanent, which Manchin was reportedly "stunned" about. In response, the White House has claimed the score was fake.

Manchin has been put off by personal attacks, too, though, so it remains to be seen if he can be swayed by compromise.

As Karl Evers-Hillstrom reported for The Hill on Thursday, the outlet obtained a first look at poll results from Remington Research Group on behalf of the National Association of Wholesaler-Distributors (NAW), which is opposed to the legislation.

According to his report:

Seventy-two percent of West Virginia voters support Sen. Joe Manchin’s (D-W.Va.) decision to walk away from Democrats' Build Back Better negotiations over concerns about inflation, according to a new poll obtained first by The Hill.

The survey, conducted by Remington Research Group on behalf of the National Association of Wholesaler-Distributors (NAW), a business group that is lobbying lawmakers to abandon the bill, found that 66 percent of voters in key swing states including Nevada and Arizona believe that the $2.2 trillion plan would make inflation worse.

The survey results were all around damning to the bill in a myriad of ways, with the survey polling voters in West Virginia, Arizona, Colorado, Montana, New Hampshire, and Nevada.

For instance, a majority either "somewhat oppose (5 percent)" or "strongly oppose (45 percent)" the bill. Sixty-five percent of respondents say they are "very concerned" about inflation and rising costs of goods.

A majority of respondents said they "strongly agree (56 percent)" or "somewhat agree (7 percent)" with the statement that "Now is not the time to pass major spending bills that could make inflation worse."

While a plurality, at 28 percent, saw their top priority as "Immigration and Border Security," the issue of "Combatting Inflation" was not far behind, which enjoyed 26 percent of respondents saying it was their top priority.

In the 50-50 Senate, Democrats cannot afford to lose even a single member on the bill, making it a must that both Mancbin and Sanders, who caucuses with the Democrats, are on board.