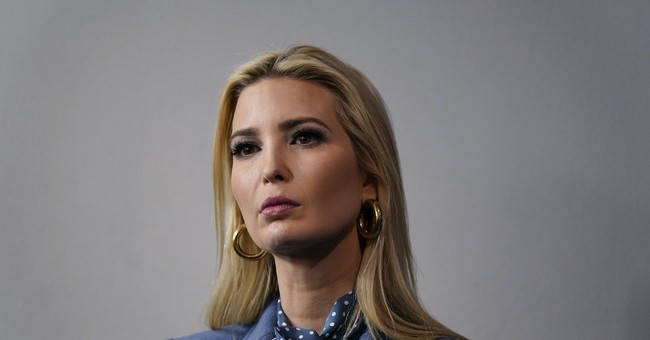 The list of people the January 6 select committee has to come forward when it comes to "voluntary cooperation" with such an investigation has gotten increasingly bold. On Thursday Rep. Bennie Thompson (D-MS), who is the select committee's chairman, sent a letter to Ivanka Trump, the daughter of former President Donald Trump, asking her to be part of assisting with an investigation of a select committee whose members have consistently and vocally been against her father.

Ms. Trump apparently has direct knowledge of the former President’s attempt to persuade Vice President Pence to take action to stop the counting of electoral votes.https://t.co/BYuOw8BDKI

The letter is a lengthy one, as it takes eight pages to lay out the events of January 6 and what they could possibly have to do with Ivanka Trump. There's also some extra material as it pertains to a memo.

"Ms. Trump apparently has direct knowledge of the former President's attempt to persuade Vice President Pence to take action to stop the counting of electoral votes," a press release from the select committee points out.

The letter lays out concerns to do with "investigating efforts by President Trump to impede the count of certified electoral votes by Congress on January 6, 2021," as well as Trump's response to the Capitol riot that took place that day. The select committee is also interested in whether Trump gave the order to deploy the National Guard.

A later part of the letter also details how "the Select Committee is investigating the former President's activities and conduct in the days after January 6th, including President Trump's state of mind during that period and whether the President took appropriate action regarding the continuing threats of violence."

Throughout, the letter references Ivanka as a figure many people close to the former president thought would listen to.

"The Select Committee would like to discuss this effort after January 6th to persuade President Trump not to associate himself with certain people, and to avoid further discussion regarding election fraud allegations," the letter reads towards the end.

The letter asks to meet with Ms. Trump on February 3 or 4, or during the week of February 7.