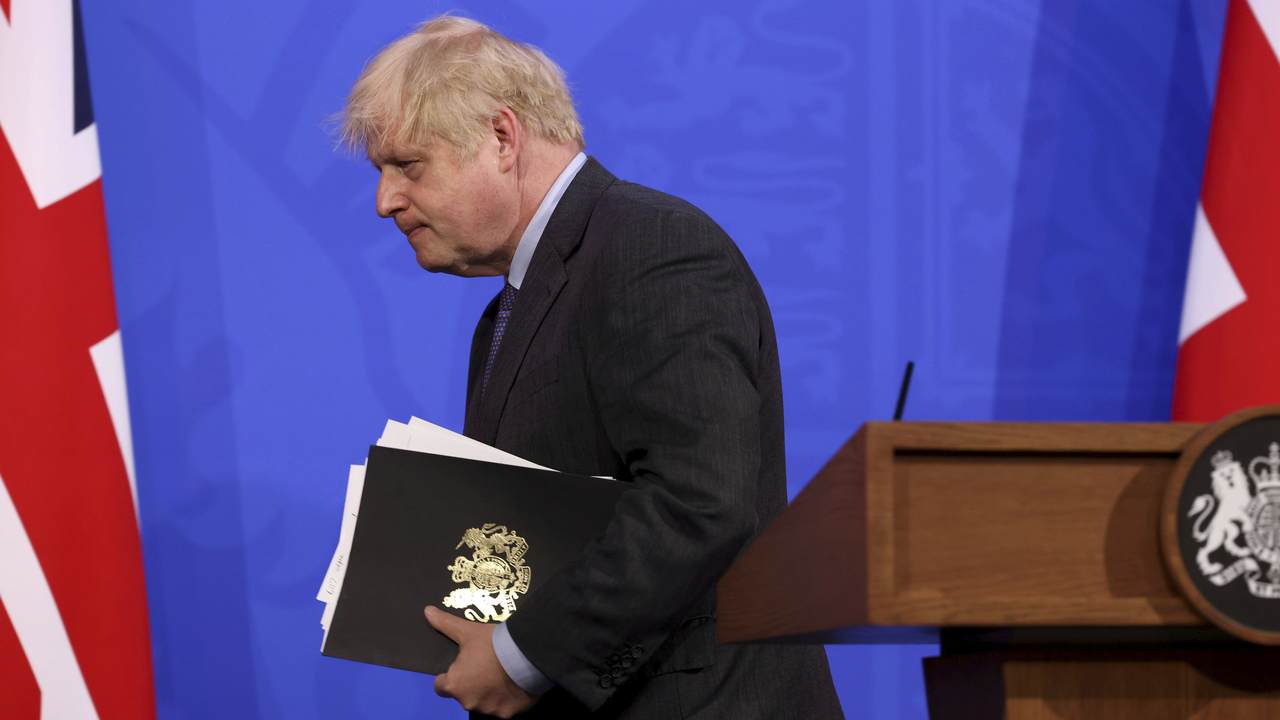 It's not merely American politicians who are hypocrites when it comes to violating their own rules to do with the Wuhan coronavirus. Prime Minister Boris Johnson of the United Kingdom has been publicly mortified at an international level after it was revealed that his staff partied pretty hard last April, on the eve before Prince Philip's funeral. While there has been an apology, it's backfired on Johnson in a way, considering such details keep coming out.  Some have even called on Johnson to resign over what they are calling "partygate."

The nation was in public mourning over Philip's death, but one would not know it from the kind of partying staffers at Number 10 Downing Street engaged in, which included a disco and a staff member acting as a DJ. According to details from James Robinson for Daily Mail, at one point someone was sent to buy enough alcohol to fill a suitcase with. A swing seat for Johnson's 1-year old son, Wilfred Johnson, also broke after staffers played on it.

An apology that Downing Street offered, which people did not take too kindly, involved trying to minimize the details. As Robinson reported:

The latest revelations came just days after Boris Johnson apologised to MPs in the House of Commons after attending a 'bring your own booze' garden party at No. 10.

However his apology sparked a backlash after he claimed the drink-fuelled event, which took place at a time when only two people were allowed to meet outside in a public space, was 'a work event'.

It comes as today Mr Johnson has said sorry to the Queen over a lockdown-busting leaving do in Downing Street just hours before Prince Philip's funeral.

The PM's spokesman said an apology had been made to Buckingham Palace over the 'regrettable' behaviour in April last year.

'It is deeply regrettable that this took place at a time of national mourning and No10 has apologised to the Palace,' the spokesman said.

However, it is understood an official called the Palace and aides refused to say whether Mr Johnson - who was not at the booze-fuelled event - would be speaking to the monarch personally about the issue.

The matter is even being referred to for an investigation:

Earlier, James Slack, who is now deputy editor of The Sun newspaper, said sorry for the 'anger and hurt caused' by the event on April 16, which he said 'should not have happened at the time that it did'.

'I am deeply sorry, and take full responsibility,' he said.

He said he could not comment further as the matter had been referred to Sue Gray's investigation. It is understood the top civil servant's probe will consider the night's events, although it is unclear whether she knew about them before today.

Keir Starmer accused Mr Johnson of 'degrading the office of PM' in the wake of the latest grim revelations, and should resign.

Mr Slack's leaving party was one of two held that night - the other being for an outgoing official photographer at No 10.

Mr Johnson was already said to be on his way to Chequers when the revelry started.

But the revelations are yet another blow to the PM, who failed to stamp out a party culture in No 10 at a time when millions of Britons were making huge sacrifices through the pandemic.

The party, which merged from two separate parties of approximately 30 people, was in violation of the nation's COVID protocols at the time, which were particularly strict in that there was a ban on indoor gatherings with more than two people from different households and a limit of six people outdoors. Larger gatherings for work had to be considered "reasonably necessary."

While Johnson was not at the party, he still received intense criticism:

A former Cabinet minister told MailOnline the latest claims were 'awful'. 'It is the cumulative effect. The parties are piling up with gay abandon. The timing of this latest one is devastating,' they said.

'Even if Johnson wasn't present and didn't know, what it says about the culture at No10. He's already got form as someone who is indifferent to the rules, they don't apply to him. He's clearly allowed a culture in No10 to say anything goes.'

Johnson had also previously apologized for attending an event during lockdown, claiming "I believed implicitly that this was a work event." An aide had invited about 100 people to an event at the garden in May 2020, Joe Mayes and Kitty Donaldson reported for Bloomberg.

The Daily Mirror also reported that Johnson witnessed staff having "wine-time Fridays" and encouraged them to "let off steam."

As Owen Jones wrote in an opinion piece for The Guardian calling for "amnesty" on such fines, people have faced maximum fines of 10,000 fines for hosting events with more than 30 people.

Approximately 100 people have showed up to protest in a particularly clever way outside Downing Street, complete with suits and face masks of the prime minister as they chanted "We Are Boris" and "this is a work event."

Main channel is BACK early next week. pic.twitter.com/Pc9iNBrBGk

According to FirstPost, British law currently requires people to self-isolate for 10 days if they test positive. That time is reduced to five days if a person tests negative twice over two days. The change "enables people who are not infectious, proven via two negative tests over two days, which can start from day 5, to leave isolation on day 6."