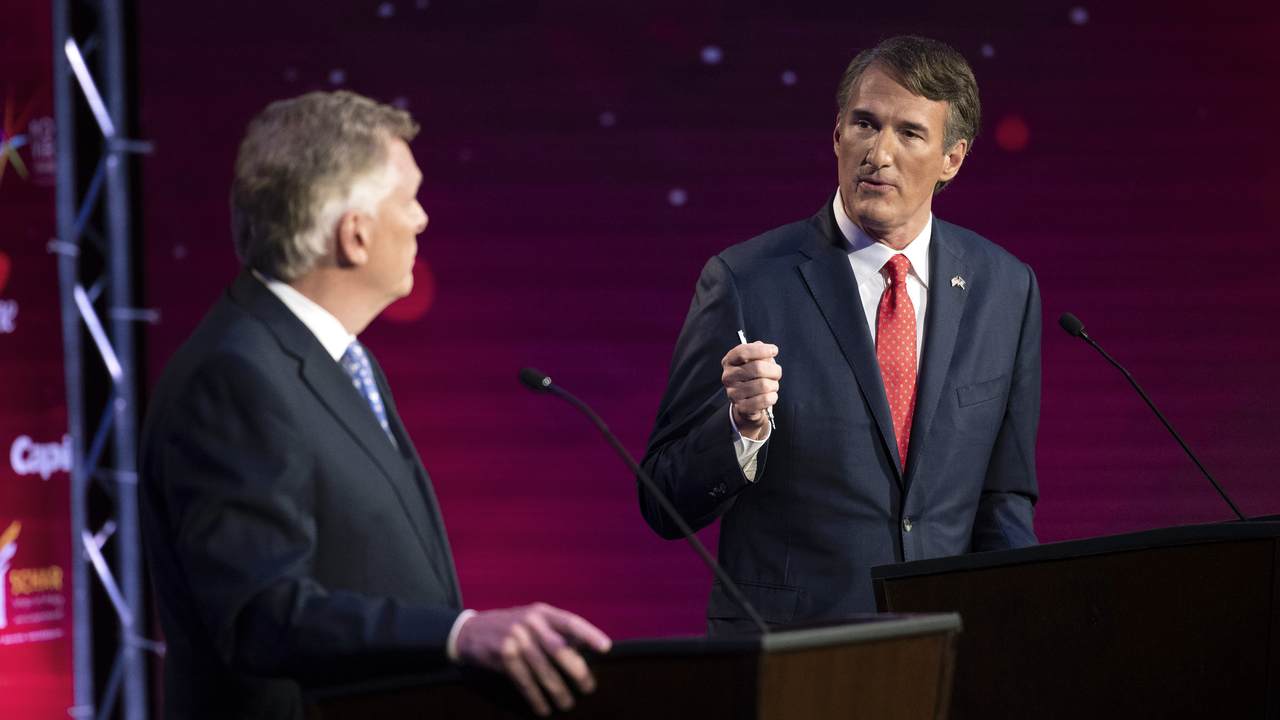 Election Day 2021, which falls on November 2, is less than a month away. Polls in the Virginia gubernatorial race, which is one of just two statewide races this year, continue to look close. Former Gov. Terry McAuliffe (D) is running against former Carlyle executive Glenn Youngkin. McAuliffe was elected in 2013 and served that position from 2014-2018, but the state constitution prevents governors from serving consecutive terms.

Emerson College Polling on Wednesday released results showing what they referred to as a "Dead Heat in Governor and Attorney General Race."

Not only is the race in a statistical tie, but in last month's results, Youngkin just missed coming within the margin of error of plus or minus 3.4 percent. As this October release highlighted, McAuliffe's lead was 49 percent to Youngkin's 45 percent.

Particularly significant is that the poll says Youngkin leads with Hispanic voters by 55 percent to 45 percent, as well as in the suburbs, with 49 to 48 percent.

That being said, the poll release did note that "While the race is tight, the majority (55%) of Virginia voters expect the former governor Terry McAuliffe to win this November, compared to 44% of voters who expect Youngkin to win."

Prognosticators from all sides of the aisle have highlighted the amount of enthusiasm and motivation which appears to be favoring Republicans. Additionally, Democrats are considered to have an enthusiasm issue when it comes to McAuliffe.

And then there's the factor of President Joe Biden, who won the commonwealth by 54.1 percent to Trump's 44.0 percent. Virginia has voted Democratic for the past several years. Despite beating Trump by double digits, Biden's approval ratings are underwater. According to the Emerson poll, Biden has an approval rating of 45 percent, while 48 percent disapprove and 8 percent are neutral.

McAuliffe made headlines earlier, including in a column for Townhall by Larry O'Connor, because he admitted in a virtual meeting that Biden "is unpopular today unfortunately here in Virginia."

And yet McAuliffe was all too happy to campaign with the president back in July. Second Gentleman Doug Emhoff also recently campaigned alongside McAuliffe, late last month.

As the headline references, the race is also close between Attorney General Mark Herring, the Democratic incumbent, and the Republican nominee, Del. Jason Miyares. While Herring leads by 46 to 44 percent, and 10 percent is undecided. That's clearly more than the 2 percent undecided voters for the gubernatorial race. Further, Miyares has a 30 percent lead when it comes to who those undecided voters are leaning towards, at 65 percent to Herring's 35 percent.

The poll was conducted October 1-3, with 620 Virginia likely voters. As mentioned, it has a margin of error of plus or minus 3.9 percentage points.

While many of the polls do remain close, it's worth referencing a poll from late last month from Roanoke College, showing McAuliffe leading Youngkin by 7 points, 48 to 41 percent. Yet the poll is likely to be an outlier, as even the Democratic site Blue Virginia points out. "Roanoke College Poll Has McAuliffe +7, Ayala +5, Herring +10, But…Take This One with a Large Grain/Pillar of Salt," cautions a blog post from Iowkell.