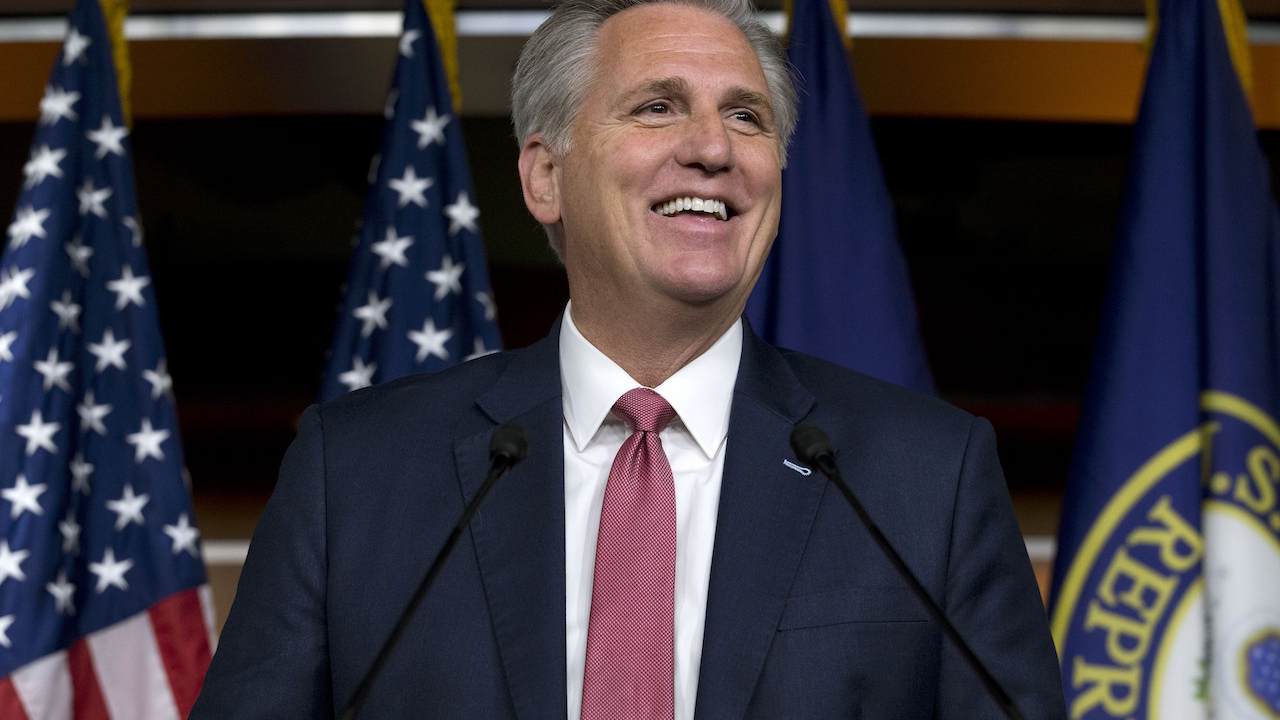 House Minority Leader Kevin McCarthy (R-CA) appeared on Newsmax's "Spicer & Co" on Thursday night, where he revealed key insight about what kind of changes he'll make when he becomes Speaker of the House in 2022. The Republican Party has been and remains confident that the GOP will win back control of the U.S. House of Representatives in the midterm election, especially since the president's party tends to lose seats during his first midterm election.

During the segment, Sean Spicer expressed hope that Leader McCarthy, once he is promoted to speaker, would take action against certain problematic Democratic members, including Rep. Eric Swalwell (D-CA).

"You know, I'll remove Eric Swalwell from the Intelligence Committee. Not just because you think someone dislikes him for his politics. I'll remove him because of his association with the Chinese spy," McCarthy responded. "Remember, Eric Swalwell I the private sector could not get a clearance, but Speaker Pelosi puts him on the committee that you learn all the secrets, which other members do not know. After knowing of a relationship with a Chinese spy. She has 200 other people that can serve in that position. Why would she allow him to be on there," he went on to say.

Leader McCarthy on March 18 filed a resolution to remove Rep. Swalwell from the committee. The resolution predictably failed, though the minority leader made it clear in a tweet that night Democrats were "on the record" for allowing him to remain on the committee.

The resolution was in reaction to Speaker Pelosi reappointing Swalwell to the committee despite an intelligence briefing showing he had a connection to a Chinese spy, Fang Fang.

But, there was another member McCarthy mentioned by name: Rep. Ilhan Omar (D-MN), one of the original squad members. "I don't think that's the appropriate place for her either." Leader McCarthy said with regards to her being on the House Foreign Affairs committee. In February, she was named Vice Chair of the House Foreign Affairs subcommittee on Africa, Global Health, and Global Human Rights.

Such a move, as Spicer put it, "was unprecedented in history." His remarks are similar to those made by Rep. Banks, not long after he was blocked from participating on the committee. "In the history of the Congress, something like this has never happened before. In the history of our country you've never had the speaker of the House deny the -- the representatives that the minority party submitted for a select committee. It's never happened before. It's a break in precedent," Banks warned during a July 25 appearance on "Fox News Sunday."

Presently, only two Republicans serve on the committee, Reps. Liz Cheney (WY) and Adam Kinzinger (IL). Both were selected by Speaker Pelosi, with Kinzinger's selection coming soon after the initial ones.