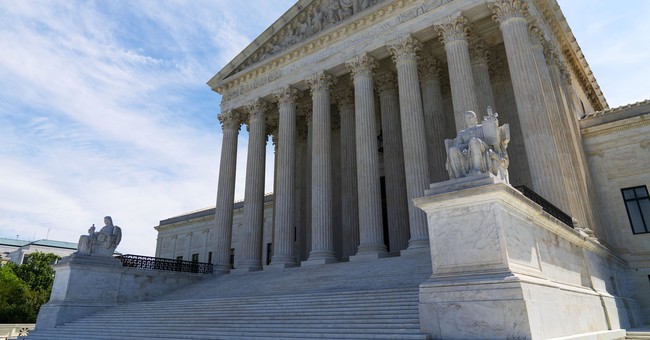 It's been a particularly bad day for President Joe Biden. On Thursday night, the U.S. Supreme Court threw out Biden's unconstitutional eviction moratorium. Justice Stephen Breyer was joined by Justices Sonia Sotomayor and Elena Kagan in his dissent.

The challenge was led by the Alabama Association of Realtors, which had also won a victory from the U.S. District Court for the District of Columbia. The ruling noted that the District Court stayed its judgment, which the Supreme Court on Thursday vacated, making the judgment enforceable. "The District Court produced a comprehensive opinion concluding that the statute on which the CDC relies does not grant it the authority it claims," the ruling wrote. "The applicants not only have a substantial likelihood of success on the merits—it is difficult to imagine them losing," it later noted.

The ruling went on to critique the authority the Centers for Disease Control (CDC) claimed to have:

The case has been thoroughly briefed before us— twice. And careful review of that record makes clear that the applicants are virtually certain to succeed on the merits of their argument that the CDC has exceeded its authority. It would be one thing if Congress had specifically authorized the action that the CDC has taken. But that has not happened. Instead, the CDC has imposed a nationwide moratorium on evictions in reliance on a decades-old statute that authorizes it to implement measures like fumigation and pest extermination. It strains credulity to believe that this statute grants the CDC the sweeping authority that it asserts.

There were also words about the harm faced by landlord:

The equities do not justify depriving the applicants of the District Court’s judgment in their favor. The moratorium has put the applicants, along with millions of landlords across the country, at risk of irreparable harm by depriving them of rent payments with no guarantee of eventual recov- ery. Despite the CDC’s determination that landlords should bear a significant financial cost of the pandemic, many landlords have modest means. And preventing them from evicting tenants who breach their leases intrudes on one of the most fundamental elements of property owner- ship—the right to exclude.

The ruling also emphasized that it is the role of Congress to act, pointing out that "Congress was on notice that a further extension would almost surely require new legislation, yet it failed to act in the several weeks leading up to the moratorium’s expiration."

"It is indisputable that the public has a strong interest in combating the spread of the COVID–19 Delta variant. But our system does not permit agencies to act unlawfully even in pursuit of desirable ends," the ruling reminded in closing. "It is up to Congress, not the CDC, to decide whether the public interest merits further action here."