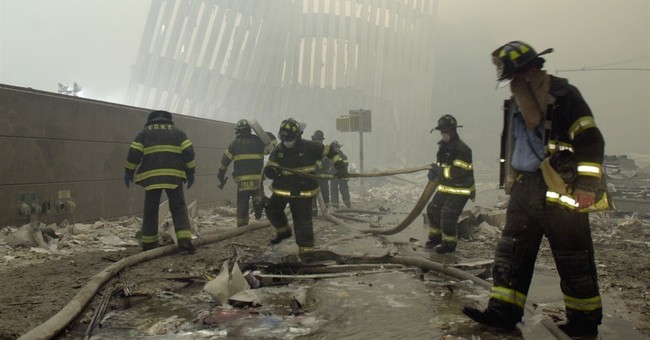 During an online video event for the Lincoln Project, co-founder Steve Schdmidt emphasized that the riot at the Capitol on January 6 will cause more deaths than the 9/11 attacks, as well as the ensuing wars in Iraq and Afghanistan.

"The 1/6 attack for the future of the country was a profoundly more dangerous event than the 9/11 attacks," Schmidt emphasized. "And in the end, the 1/6 attacks are likely to kill a lot more Americans than were killed on the 9/11 attacks, which will include the casualties of the wars that lasted 20 years following it," he said.

Aidan McLaughlin writing for Mediaite captured the ridiculousness of these words:

If you are baffled by Schmidt’s comments you are not alone. Nearly 3,000 people died in the 9/11 terror attacks, when terrorists hijacked several planes, flying two into the World Trade Center in New York. The war in Afghanistan took the lives of 2,312 Americans. The Iraq War killed another 4,418 Americans.

Absurd as the claim may sound, though, Schmidt isn't the first one to make it, and he likely won't be the last.

The above clip begins with Schmidt promoting MSNBC contributor Matthew Dowd, referring to him as "my friend" and "our friend" and claiming "he couldn't be more right."

During appearance on "The ReidOut," Dowd did acknowledge that there was less of a loss of life on January 6, but still managed to go down a rabbit hole. "To me, though there was less loss of life on Jan. 6 – Jan. 6 was worse than 9/11 because it’s continued to rip our country apart and give permission for people to pursue autocratic means," he claimed, when discussing his fears that the country will destroy itself from the inside.

Dowd also claimed that "I think we're in a much worse place than we've been in since... I think we’re in the most perilous point in time since 1861 and the advent of the Civil War."

This is absolutely BONKERS and offensive to the thousands murdered on 9/11.

Appearing alongside MSNBC's Joy Reid, Matt Dowd says "January 6th was worse than 9/11 because it's continued to rip our country apart and give permission for people to pursue autocratic means" pic.twitter.com/UnJfAID5SN

Joy Reid had another guest on her show who made such a reference to 9/11. Back in May, Kurt Bardella, who was at one point also associated with the Lincoln Project, said on "The ReidOut" that "I've been thinking to myself this whole time, you know, Al Qaeda, Osama bin Laden, the Taliban, the people who wanted to do harm to our nation and to our way of life and democracy, they got nothing on what this Republican Party is doing."

He also directly mentioned January 6. "When one of the two parties becomes this radicalized and the core of the party's ideology is anti-democratic, that's a very dangerous development going on that’s result in more violence, that’s going to result in more attempts to overthrow our government, that’s going to result in people losing lives, just like January 6th," he said later in the segment.

Bardella doubled down on his remarks over Twitter, calling out reactions from Fox News and "their apparently very sensitive viewers" who pushed back on his comments.

"Yes, 9/11 cost many more lives than Jan. 6 has so far, but comparing the two attacks is reasonable because the Big Lie is more dangerous to our way of life than the 2001 terrorists’ medieval ideology ever was," Mastio's piece concluded with.

It's been a busy week for covering the shenanigans of the Lincoln Project. As I reported on Wednesday, they managed to bully Toyota into ceasing their donations to Republicans. Or, as Lincoln Project co-founder Reed Galen put it, to "the Sedition caucus and its enablers."