Pentagon's Report Reveals Most of UFOs Were 'Unexplained' 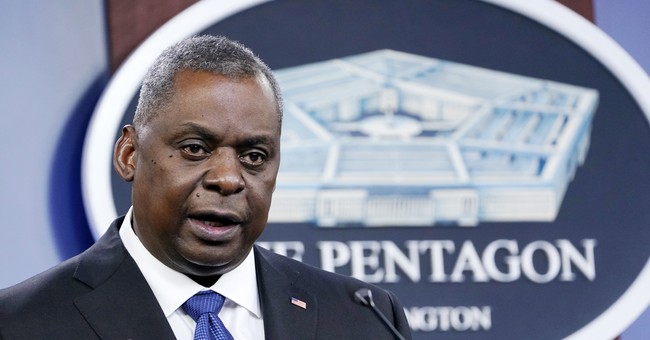 On Friday, the Office of the Director of National Intelligence released an unclassified 9-page report from the Pentagon to do with UFOs spotted by military planes. The report, required by Congress, refers to UFOs as unidentified aerial phenomena (UAP). Of the 144 of them spotted between November 2004 and March 2021, 143 are "unexplained" with "available reporting largely inconclusive."

When it comes to why there are so many "unexplained" instances, it comes down to "limited data" and "the possibility there are multiple types of UAP requiring different explanations."

The report acknowledges there are "obstacles" such as "sociocultural stigmas and sensor limitations" as well as "some technical challenges" when it comes to reporting.

There were, however, some noticeable patterns which the report did note. For instance, in 18 incidents, from 21 reports, the UFOs used "advanced technology," with "unusual UAP movement patterns or flight characteristics."

As the report explains:

Some UAP appeared to remain stationary in winds aloft, move against the wind, maneuver abruptly, or move at considerable speed, without discernable means of propulsion. In a small number of cases, military aircraft systems processed radio frequency (RF) energy associated with UAP sightings.

In trying to explain various explanations and categories UFOs/UAPs may fall into, the report notes that only one incident was "determined with high confidence."

Other than that UAP, which "was airborne clutter, specifically a deflating balloon, we currently lack sufficient information in our dataset to attribute incidents to specific explanations," the report noted.

Possible categories include that of "airborne clutter" mentioned above, as well as "natural atmospheric phenomena," "USG or Industry Developmental Programs," which would could from "U.S. entities," and "Foreign Adversary Systems."

As one example of how the government is not necessarily ruling out aliens, the report notes an "other" category as a way to explain what cannot be explained, at least at this time:

Other: Although most of the UAP described in our dataset probably remain unidentified due to limited data or challenges to collection processing or analysis, we may require additional scientific knowledge to successfully collect on, analyze and characterize some of them. We would group such objects in this category pending scientific advances that allowed us to better understand them. The UAPTF intends to focus additional analysis on the small number of cases where a UAP appeared to display unusual flight characteristics or signature management.

Regardless as to what these UFOs/UAPs are, we should be concerned because of they "threaten flight safety and, possibly, national security," according to the report:

UAP pose a hazard to safety of flight and could pose a broader danger if some instances represent sophisticated collection against U.S. military activities by a foreign government or demonstrate a breakthrough aerospace technology by a potential adversary.

We currently lack data to indicate any UAP are part of a foreign collection program or indicative of a major technological advancement by a potential adversary. We continue to monitor for evidence of such programs given the counter intelligence challenge they would pose, particularly as some UAP have been detected near military facilities or by aircraft carrying the USG’s most advanced sensor systems.

Perhaps the biggest takeaway from the report, other than how it does not rule out aliens, is that readers may have to come to many of their own conclusions, at least for now.

The report also provides a way to ask for more money. "The UAPTF has indicated that additional funding for research and development could further the future study of the topics laid out in this report," the report reads.

As Julian E. Barnes with The New York Times reported on Friday, "the Pentagon announced it would develop procedures to collect data and analyze reports of unidentified phenomena, adding staffing and other resources to examine the episodes."