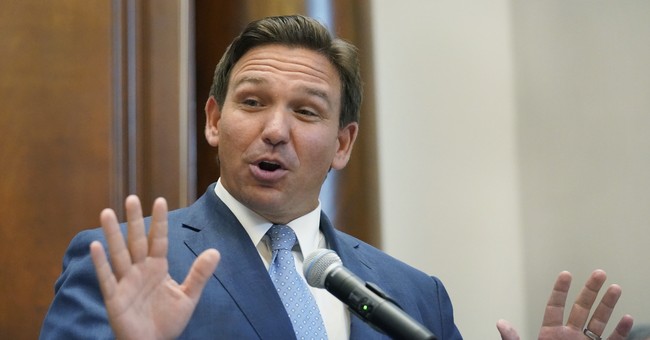 On Friday, as local news outlet WFLA 8 reported, U.S. District Judge Steven Merryday ruled in favor of Florida in a lawsuit where the state challenged strict orders from the Centers for Disease Control and Prevention to do with cruise ships.

Issues with the CDC's strict orders for cruises have been plaguing Florida for months.

As I reported last month:

Gov. Ron DeSantis (R-FL) is not having any of what he calls an "absolute farce" when it comes to a CDC order that requires 95 percent of cruise passengers and 98 percent of the crew to be vaccinated, as well as for ships to go through 60 to 90 days of preparation and test sailing before they can resume full operations.

Judge Merryday's decision came down to his finding that Florida would be harmed, and that the CDC had overstepped its authority, as the local outlet reported:

“This order finds that Florida is highly likely to prevail on the merits of the claim that CDC’s conditional sailing order and the implementing orders exceed the authority delegated to the CDC,” Merryday wrote.

By granting the injunction, the court deemed that the state of Florida was likely to succeed in the overall case on its merits of irreparable harm, demonstrating the state would be harmed if the order continues and the CDC has likely exceeded its authority, but also sent both the state and CDC back to mediation.

The ruling means the CDC cannot enforce its order against a ship from a Florida port, but the court is delaying its enforcement until July 18.

While the CDC could appeal, Merryday ordered both sides to return to mediation to attempt to work out a full solution — a previous attempt failed — and said the CDC could fashion a modification in which it would retain some public health authority.

“Florida persuasively claims that the conditional sailing order will shut down most cruises through the summer and perhaps much longer,” the judge wrote, adding that Florida “faces an increasingly threatening and imminent prospect that the cruise industry will depart the state.”

The governor tweeted about the decision on Friday.

Today, Florida prevailed in our lawsuit against the unlawful CDC order that shut down the cruise industry. This is a defeat for bureaucratic overreach, and a win for Florida jobs and tourism.https://t.co/5iFOEMpt5s

He also linked to a press release from his office, which quoted him saying:

“The CDC has been wrong all along, and they knew it,” said Governor Ron DeSantis. “The CDC and the Biden Administration concocted a plan to sink the cruise industry, hiding behind bureaucratic delay and lawsuits. Today, we are securing this victory for Florida families, for the cruise industry, and for every state that wants to preserve its rights in the face of unprecedented federal overreach.”

The decision means that the CDC cannot enforce such strict orders for Florida-based ships. If anything, they would be considered recommendations or guidelines and nonbinding.

Also from the press release:

Beginning July 18, the CDC’s orders will become mere “guidance,” and cruise ships will hit the open waters once again free from the CDC. As Florida continues to thrive while open for business, the return of the cruise industry marks an important milestone in the fight for freedom.

Judge Merryday had strong words for the CDC in its overreach, and he also provided insight on the effect on the economy, as the governor's office noted, with original emphasis:

Judge Merryday also cites a previous ruling stating, “When an agency claims to discover in a long-extant statute an unheralded power to regulate ‘a significant portion of the American economy,’ we typically greet its announcement with a measure of skepticism.”