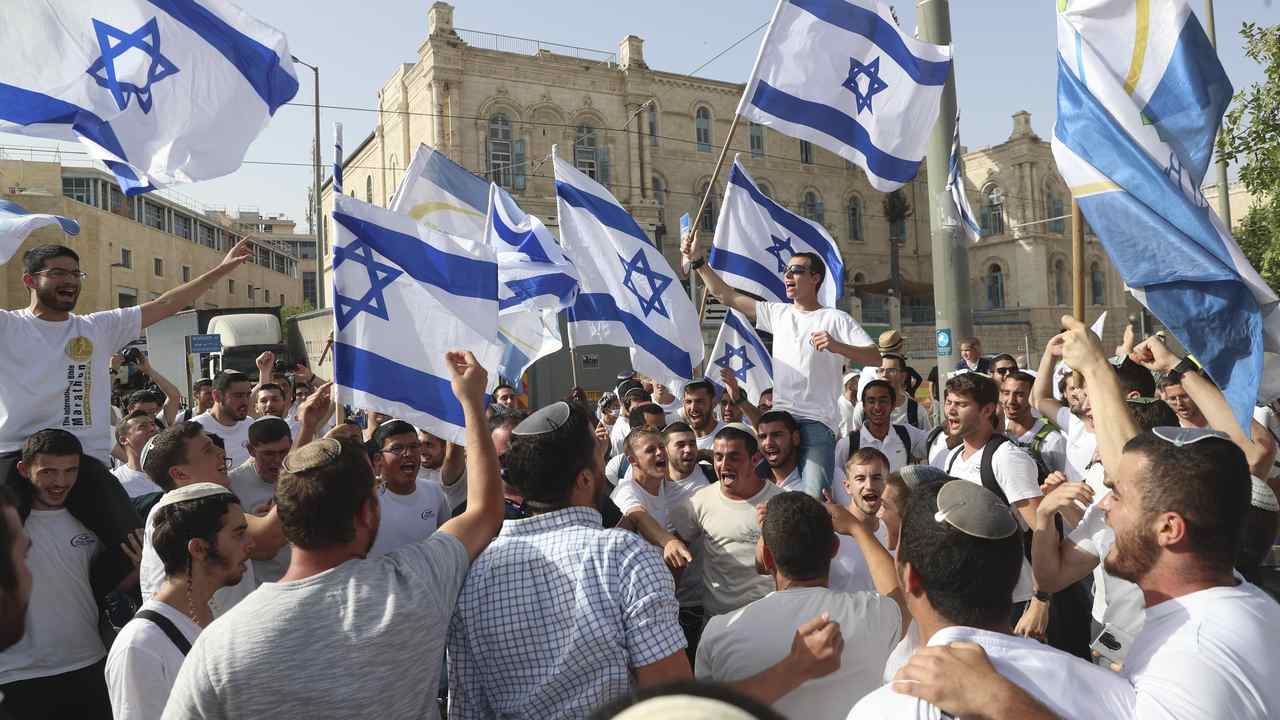 During the violence Israel has been experiencing from Hamas, it's important to remember why Israel was founded in the first place. This can serve as a reminder or even inform people for the first time why we support the right for one of our greatest allies to exist and protect itself. Israel is also the only democracy in the Middle East and has the highest standard of living there, along with many other accomplishments in world rankings. This includes its success in lessening COVID rates and in vaccines.

The state of Israel was proclaimed almost 73 years ago to the day, on May 14, 1948. Claims to their homeland have existed since Biblical times. President Harry Truman acknowledged its existence that very same day. The National Archives provides some of those original documents, such as the telegram from Secretary of State George Marshall to Ambassador Douglas in London that we were acknowledging Israel, a press release on the de facto recognition, and a press release on the de jure recognition from January 31, 1949.

As Mitchell Bard of the Jewish Virtual Library, a project of the American-Israeli Cooperative Enterprise, explains:

Israel's international "birth certificate" was validated by the promise of the Bible; uninterrupted Jewish settlement from the time of Joshua onward; the Balfour Declaration of 1917; the League of Nations Mandate, which incorporated the Balfour Declaration; the United Nations partition resolution of 1947; Israel's admission to the UN in 1949; the recognition of Israel by most other states; and, most of all, the society created by Israel's people in decades of thriving, dynamic national existence.

It's worth remembering what was going on in 1948, or, rather just a few years before. The proclamation occurred in the aftermath of the Holocaust, during which at least six million Jews were murdered by the Nazis.

After this ultimate worst form of persecution, the Jewish people needed a place to call home, where they were supposed to be free from what had been various forms of persecution and displacement throughout history.

There's plenty to say about Zionism, and the Jewish Library is quite the comprehensive resource. A page delving into the definition of Zionism reads:

The term “Zionism” was coined in 1890 by Nathan Birnbaum.

Its general definition means the national movement for the return of the Jewish people to their homeland and the resumption of Jewish sovereignty in the Land of Israel.

From inception, Zionism advocated tangible as well as spiritual aims. Jews of all persuasions - left, right, religious and secular - formed the Zionist movement and worked together toward its goals.

Disagreements in philosophy led to rifts in the Zionist movement over the years, and a number of separate forms emerged.  Notably: Political Zionism; Religious Zionism; Socialist Zionism and Territorial Zionism.

What led to the modern state is also quite involving, in that there is a discussion to be had not only about the history of the Jewish people, but of the Ottoman Empire, British colonialism, Palestinian claims to the land, and the United Nations.

According to the ADL on the "Creation of the State of Israel":

Following the defeat of the Ottoman Empire in World War I, the British assumed control of Palestine. In November 1917, the British government issued the Balfour Declaration, announcing its intention to facilitate the "establishment in Palestine of a national home for the Jewish people." In 1922, the League of Nations granted Britain a mandate over Palestine which included, among other things, provisions calling for the establishment of a Jewish homeland, facilitating Jewish immigration and encouraging Jewish settlement on the land.

The Arabs were opposed to Jewish immigration to Palestine and stepped up their attacks against the Jews. Following an increase in Arab attacks, the British appointed a royal commission in 1936 to investigate the Palestine situation. The Peel Commission recommended the partition of the country between Arabs and Jews. The Arabs rejected the idea while the Jews accepted the principle of partition.

At the end of World War II, the British persisted in their immigration restrictions and Jewish survivors of the Holocaust were violently turned away from the shores of Palestine. The Jewish Agency and the Haganah continued to smuggle Jews into Palestine. Underground cells of Jews, most notably the Irgun and Lehi, engaged in open warfare against the British and their installations.

The British concluded that they could no longer manage Palestine and handed the issue over to the United Nations. On November 29, 1947, after much debate and discussion, the UN recommended the partition of Palestine into two states ­ one Jewish and one Arab. The Jews accepted the UN resolution while the Arabs rejected it.

Meanwhile, since the time of the British Mandate, the Jewish community in Palestine had been forming political, social and economic institutions that governed daily life in Palestine and served as a pre-state infrastructure. Zionist leader David Ben-Gurion (1886-1973) served as head of the pre-state government.

The British mandate over Palestine officially terminated at midnight, May 14, 1948. Earlier in the day, at 4:00 p.m., David Ben-Gurion proclaimed the creation of the State of Israel and became its first prime minister. Longtime advocate of Zionism in Britain Chaim Weizmann (1874-1952) became Israel's first president. On May 15, the United States recognized the State of Israel and the Soviet Union soon followed suit.

Speaking of the United Nations, while some may claim that Hamas is not a terrorist organization because the UN doesn't say so, the U.S. Department of State did so on October 8, 1997. The UN has also been biased against Israel for decades, including and especially the Human Rights Council.

Members of the Biden administration, and President Joe Biden himself, have repeatedly affirmed they support Israel. They have also failed to call out fellow Democratic officeholders, particularly members of "The Squad." The Biden administration has pushed for a two-state solution. It's the Palestinians, though, who will not agree to this, and they haven't from the start.

Decades later, people are even now using their platforms to express anti-Semitic and anti-Israeli sentiments. One of the worst, and most tone-deaf examples, is a political cartoon comparing an Israeli soldier to a Nazi soldier.

A BBC journalist who tweeted '#HitlerWasRight' seven years ago has sparked an investigation after the post was unearthed.

Tala Halawa had claimed 'Israel is more Nazi than Hitler' and told the Israeli Defence Force to 'go to hell' in an online post dated July 20, 2014, before she was a digital reporter at the BBC.

Halawa, whose Twitter biography identifies her as located in Ramallah, Palestine, had used the hashtag '#PrayForGaza', along with '#HitlerWasRight' in the tweet.

Perhaps the least shocking thing you'll hear today is that she has locked her tweets and her LinkedIn profile, the latter of which describes her as a "Palestinian Authority."

Honest Reporting has more insight into Halawa's social media posts, including a tweet that reads, "#anti_semitism melodrama is not trending anymore you stupid #Zionists #Jersualem #capital of #Palestine."

And here is some more antisemitism from @TalaHalawa this time a conspiracy theory. So it is hardly an isolated occurrence. pic.twitter.com/K1j2wdYFQ3

Accuses “they” of doing a Holocaust every moment, while “they” are crying about it every moment. Wonder who is “they” here? She also puts some blood libel that “Zionists” can’t get enough of the blood. Also claims media is controlled by “Zionists”. Do we have a bingo here? pic.twitter.com/XloamCp4Df

That’s disgusting. Don’t they vet or monitor their “journalists” who represent them.

Recent articles written by Halawa include "Israel-Gaza: What Bella Hadid’s stance says about changing conversations" and "Palestinian conflict: Diaries of childhood in Israeli military detention." The former piece was just published on Saturday.

The anti-Semitism is more than rhetoric, though. As Katie reported, Jews are being openly attacked in the streets by Palestinian Factions here in the United States.