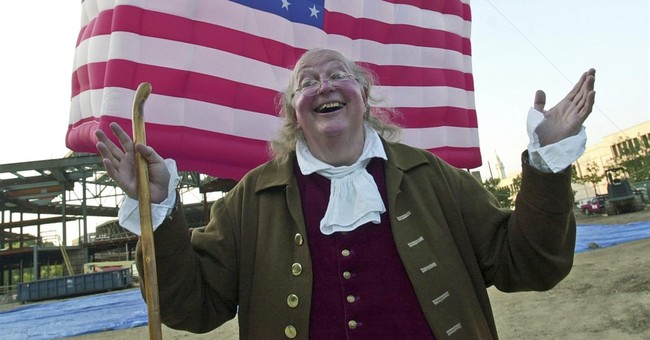 It seemed from the very start that the Lincoln Project was shady and scummy with something to hide. Then the allegations came forward that the founder was known to be a sexual predator and that the group's members were using the money to pay themselves and companies its founders ran. Well, it turns out that an offshoot known as the Franklin Project is coming on Tuesday and it's aimed at children.

America, keep your kids away from the Lincoln Project. https://t.co/LDahz3BSx1

The Lincoln Project even found a way to take time away from demonizing Republicans over Twitter to preview the offshoot.

The Lincoln Project is going to define "civility" for us? They're good at getting under people's skin, calling out their enemies, and making ads good enough to earn them almost 3 million followers, but how does that make them the kind of people worthy of lecturing anyone on what civility means, least of all children?

Does this tweet sound like it comes from people who want to be civil? Further, how can they afford any time to focus on teaching about civility when Trump takes up rent-free space in their head?

RT if you agree. pic.twitter.com/RJgiezeQVB

Franklin organizers believe civics discussions have devolved from an exchange of ideas to "an unhealthy game of winners and losers," as their prospectus states. That's triggered extreme partisanship, fueling the rise of authoritarian figures.

Johnson reminded viewers that "The Lincoln Project is a super PAC, or a political group that can raise and spend unlimited sums on explicitly political activity. The Franklin Project will be a 501(c)(4) nonprofit. Such so-called dark money advocacy organizations do not have to disclose their donors."

Recommended
President Biden Reaches Lowest Approval Rating of His Presidency, and the Reason Why May Surprise You

The concept may not be all that bad, but the Lincoln Project forfeited the right to teach civics to children, even if through another project with another name, eons ago. We sorely need civics education in this country, but it ought to be protect us from the likes of the Lincoln Project, and certainly should not come from them.