Growing Scandals: The Lincoln Project's Problems Are Far From Over 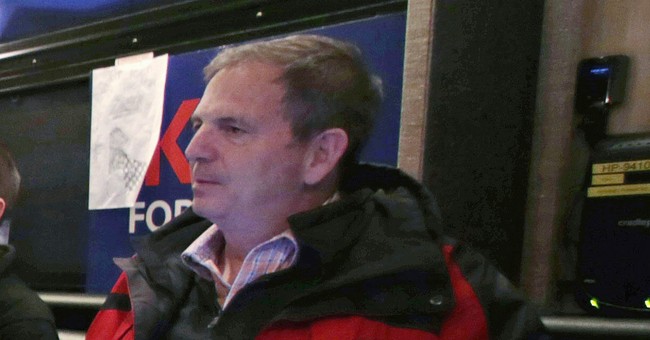 Many conservatives have long accused the Lincoln Project of being a shady, albeit lucrative, grift.  Many of those same conservatives are feeling vindicated in recent days, as the organization of anti-Trump (and ultimately anti-Republican) firebrands is in the midst of a meltdown.  One of its co-founders, a married father, has been accused of sexual misconduct involving dozens of young men.  Before I go on, a disclosure: I personally know at least four men who were targeted by John Weaver, some of whom have come forward publicly; others have not. One who does not wish to have his name associated with this firestorm tells me that he was effectively promised a political job by Weaver in exchange for sex. When the dangled job never materialized, Weaver issued what the young man interpreted as thinly-veiled threats about keeping quiet.  This scandal isn't about racy or lurid private messages.  It's about manipulative sexual quid pro quo's and abuses of power.

Other Lincoln Project co-founders have rushed to insist that they knew nothing about any of this sordid business until very recently, even though rumors about Weaver had percolated for many years.  Steve Schmidt, a fulminating, self-righteous demagogue, is on the record stating that he wasn't made aware of the problem until last month.  But various reports indicate that the Weaver issue was explicitly raised within the organization months earlier.  Over the weekend, Schmidt released a lengthy missive about 'his truth,' claiming to have been victimized by a sexual predator as a child, doubling down on his claim of ignorance about the Weaver allegations, and resigning from the organization's board -- supposedly in order to make room for a female to take his place.  I have no idea if his story of abuse from decades ago is true, but it's incredibly cynical to use it as a damage control shield under the present circumstances.  Here is one passage of his statement:

"I have said on the record that I learned about John Weaver’s misconduct with an underaged boy this past January...My purpose in writing this isn't to express what and when I knew about John Weaver, but how I feel about him, what he did and how many people he hurt...I am incandescently angry about it."

In an Associated Press article last week, Schmidt's denial was broader -- even as it was undermined by sources within the Lincoln Project:

As money flowed into the group, multiple people with direct knowledge said allegations against Weaver were repeatedly raised inside the organization, long before leaders acknowledged them publicly in late January. Those with knowledge insisted on anonymity in order to disclose private communications. Last June, someone working for the Lincoln Project payroll sent an email to Steslow, one of the organization’s co-founders, detailing numerous cases of sexual harassment involving Weaver that spanned several years. While the AP has not seen the email, its contents were confirmed by four people who had directly seen it. Schmidt did not confirm the existence of the email, saying only that if one existed, it was not shared with anyone on the organization’s board or leadership.

Following the publication of Schmidt's resignation letter, a source with direct knowledge of the Lincoln Project's inner workings told me that Schmidt's apparent assertion that he knew nothing about Weaver until last month was unequivocally false:

This person & others who’ve contacted me say there’s a lot more to this mess — on what they describe as the Weaver cover-up/lies AND on the $$$ issues.

Perhaps this is why Schmidt parsed his statement so carefully -- stating that he'd only learned about the accusations involving an underaged boy in January, hastening to add that he wasn't interested in delving into the specifics about "what and when" he knew regarding the swirl of allegations around Weaver.  At the very least, Schmidt is attempting to create the impression that all of this ugliness broke as shocking news to him and his co-founders just weeks ago.  He told the New York Times that he was "outraged and horrified" by what he'd just learned.  My source claims to have personally witnessed Schmidt discussing the Weaver problem months prior, which would align with other pushback.  The matter of who knew what, and when, is far from over -- and Schmidt's spin is being explicitly rejected by others with inside knowledge.  Stay tuned. The other large component of the Lincoln Project implosion involves money.  Specifically, where did tens of millions of dollars from donors actually go?  Back to the aforementioned AP story:

Since its creation, the Lincoln Project has raised $90 million. But only about a third of the money, roughly $27 million, directly paid for advertisements that aired on broadcast and cable, or appeared online, during the 2020 campaign, according to an analysis of campaign finance disclosures and data from the ad tracking firm Kantar/CMAG. That leaves tens of millions of dollars that went toward expenses like production costs, overhead — and exorbitant consulting fees collected by members of the group. “It raises questions about where the rest of the money ultimately went,” said Brendan Fischer, an attorney with the nonpartisan Campaign Legal Center in Washington...While several firms did collect payments, Weaver and Wilson are not listed in publicly available records. They were likely paid as subcontractors to those firms, an arrangement that avoids disclosure. Schmidt collected a $1.5 million payment in December but quickly returned it. “We fully comply with the law,” Schmidt said. “The Lincoln Project will be delighted to open its books for audit immediately after the Trump campaign and all affiliated super PACs do so..."

What exactly happened to those millions, beyond what was spent on ineffective, red meat ads that earned millions of Resistance clicks?  Note well how Schmidt pivots away from explaining a dodgy $1.5 million transaction by pledging to open up the group's books as soon as Trump-related entities do the same -- an almost comically ham-handed deflection. Schmidt was also a bit evasive under questioning from comedian Bill Maher on Friday night's edition of Maher's HBO program, Real Time.  My source is in a position to shed additional light on the money issues as well, but the roadblock of nondisclosure agreements stands in the way of transparency.  Multiple former Lincoln Project staffers are currently demanding to be released from their NDAs.  Meanwhile, the organization posted private messages between a former leader and a journalist late last week, evidently without either party's consent.  It remains unclear how the private messages were obtained, but the tweets in question were hastily deleted after another Lincoln Project co-founder stated that their publication may have constituted a violation of federal law.

This part of the mess was also addressed in Schmidt's "my truth" post.  Based on my limited knowledge, there are shoes left to drop on both the Weaver and financial fronts.  Will the founders of the Lincoln Project, who've droned on about accountability, honesty and integrity for years, allow their own colleagues to put those concepts into action by unshackling them from NDA's?  On that subject, I'll leave you with this, via one of said Lincoln Project co-founders:

2/ But for Trump, it's always been about protecting him from revelations about his roving penis, his shady-ass business practices and his terrible behavior.

So NDA's are bad when they're simply a means of protecting unworthy people from revelations about their sexual conduct and/or questionable business practices?  Fascinating.  That Wilson thread concluded with this: "The Trump NDA wall will eventually break, and open up vast avenues for reporting."  How about it, Team Honest Abe? Also -- what's this about? Via the guy who first broke the Weaver story?

Update: The donation page is still down https://t.co/iHjCOH7QBi

UPDATE - USA Today is also reporting that Schmidt's claimed timeline is a lie.